The Dragon’s Back Ultra - Training

This entry was posted on 1st April 2021 by Chris Harle. 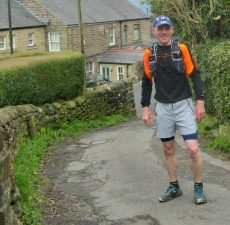 5 months to go and Wales is about to open up

Splitting logs was not a good idea. A warm house perhaps, but also a muscle spasm protecting a jarred back. This was the first injury since starting my Dragon’s Back training schedule exactly six months ago. Fortunately, it occurred during a so-called ‘recovery’ week during which I only had three short runs to complete. Stubbornness and pride would not allow me to miss these runs, but it was obvious that I needed to get a check up from a local chiropractor. 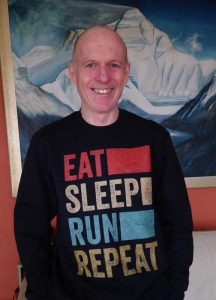 I feared the worst. "So, when can I go running again?" I asked in the vain hope of getting out some time later in the week.

"Right now!" she said with no hesitation.

Therefore, no excuses and off I went running.

My online coach, Dave Taylor, gave me some encouraging feedback:

“Excellent Chris. If you were a used car, they’d have sent you to the scrap yard!”

By religiously sticking to the plan, I have now banked over 1500kms of running and over 40,000m of ascent in the last six months. Covid restrictions have meant that I have had to get very creative devising different runs in my local area that keep me motivated. There are plenty of steep ascents up and down the Derwent valley hill sides, but I cannot deny that I miss the mountains. The short video shows perhaps the most interesting local path, the well-named Giddy Edge on High Tor where it’s more of a slow careful jog than a run.

The news from the event organizers is still positive, because they expect the race to go ahead as planned with various contingencies put in place to safeguard the runners, organizers and voluntary staff. Recently the entries list was opened up again for a short while and there are now over 600 entrants. I suspect the numbers have been increased because of the large number of international entrants and the high probability of many not being able to travel to the UK due to the world pandemic.

With 5 months to go there is still a lot of training and hard work ahead, plus of course nutrition to consider.  Thanks to my wife Jane our diet has always been fairly healthy, so I have made no radical changes except to drink more water and take a few vitamin supplements. I have not made a conscious effort to stop drinking alcohol but the current situation has certainly helped. One drink on Christmas Day and another on New Year’s Eve is the sum total during the last six months. 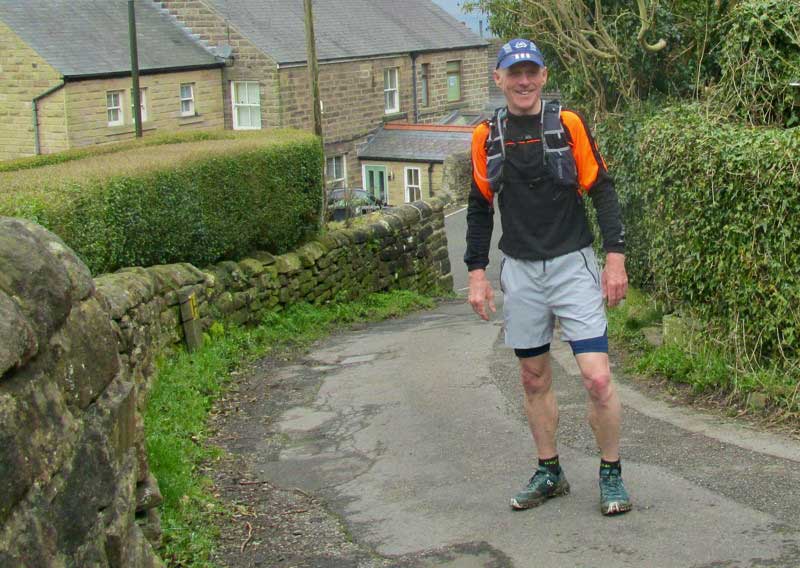 As we approach Easter, we have provisionally booked a week in Dolgellau for 12th April. This is the very first day that travel from England to Wales and that UK-wide holidays in self-catering accommodation is possible. The official go-ahead has not been announced yet but I’m allowing myself a glimmer of hope that I will soon be romping over parts of Day 2 and Day 3 on the Dragon’s Back route.

Jane and I have in fact made a journey from north to south Wales before. Back in 2008, apart from two short train rides, we walked from Penmaenmawr near Conwy to Three Cliffs Bay on the Gower near Swansea. Clearly, getting to recce the route as much as possible will negate some of the memory fade, give me much-needed confidence, and of course help the fitness programme.

This year’s route has incorporated an extra day to finish in Cardiff. This means that Day 5 and Day 6 are completely new and the exact route for these days is about to be revealed via a webinar on April 8th. I used to live and work in South Wales so again I’m expecting to know at least a bit of this new route particularly if it crosses the western and central Brecon Beacons. However, as they say, ‘a little knowledge is a dangerous thing’ so I hope I don’t take things for granted!