This entry was posted on 7th June 2021 by Tom Richardson. 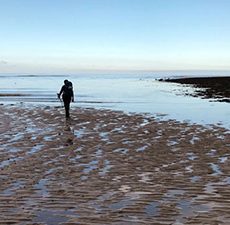 When I previously wrote about our west to east walk following the route invented by the legendary guidebook writer Alfred Wainwright from Coast to Coast, we had reached the lovely market town of Richmond in North Yorkshire on 8th October 2020.

As soon as we (Janet and I) were jabbed up and legally permitted to go we returned to the unfinished business of the Walk. Like everyone, it was a fantastic relief to be able to go somewhere again and do something.

I have to admit though that the section that begins after leaving the banks of the River Swale outside Richmond qualifies as my least favourite part of the route. We called it the “Bad Lands”. It crosses mostly flat farmlands between the two delights of the Yorkshire Dales and the North York Moors National Parks. To complete the route it has got to be done and, in my view, is best done in a single yomp to get it over with. Don’t just take my word for it though, you might really enjoy it. 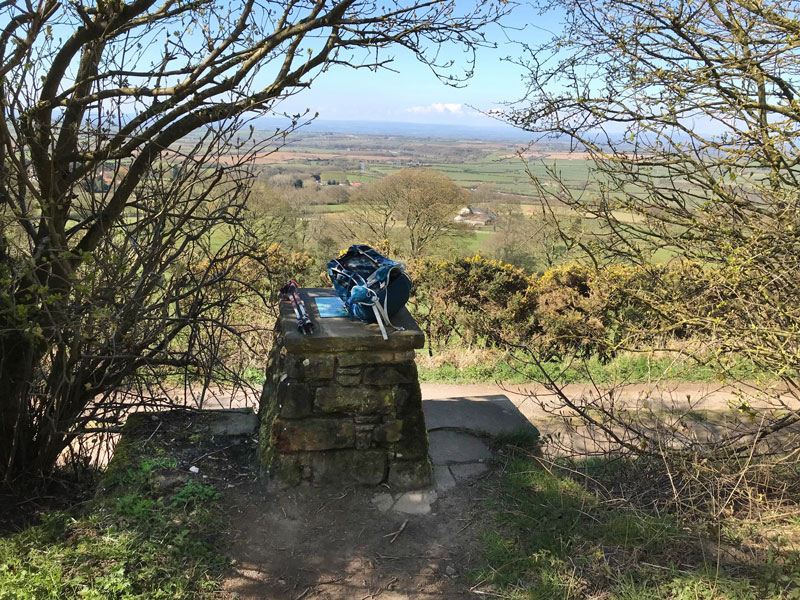 View through the trees outside Osmotherley towards the Dales

The boredom is forgotten as soon as you start to climb out of the beautiful village of Osmotherly (which still has an excellent village shop that sells all the refreshments a walker could want) onto the dramatic escarpment of the North York Moors. This is the best way to view the flat lands that have just been crossed, as well as the distant Dales and the industrial regions of Middlesbrough and Redcar. 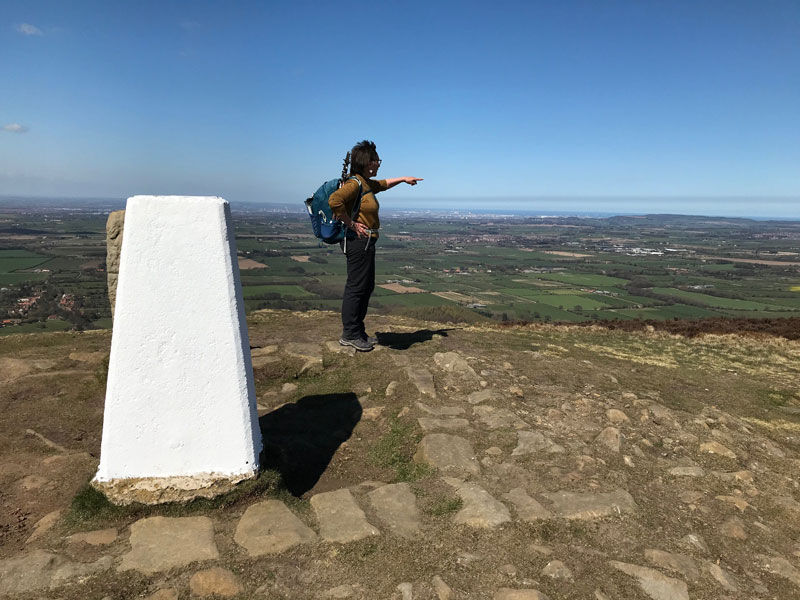 The view across the “Bad Lands” and towards Middlesborough and Redcar

These two sections we completed in days out from home with long and complex drives each way. For the next section, to celebrate being able to stay overnight away from home, we spent our first  night of freedom in the unlikely venue of the Middlesborough Travel Lodge, before completing the high crossing of the Moor to overnight in the pub in the village of Glaisdale, in what I call Steam Train Valley (as seen on the classic TV show Heartbeat amongst much else). The route is packed with intriguing history, geology and geography as well as bracing panoramas in all directions. As an additional plus neither the route finding or underfoot conditions are too bad along here either, which can be of some reassurance as the walk is a 20+ miler and when the clouds come down and obscure the view it could be a bit of a drag. 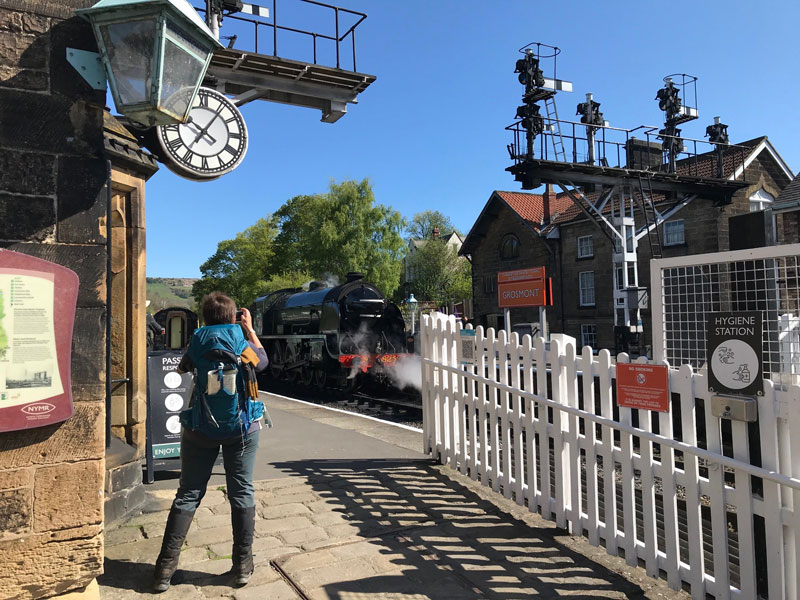 As we crossed the moor we feared that the good weather that had so far followed us was going to break into dramatic thunder storms. Behind us a black surf like wave was rolling in from the west and to either side black lines of pounding rain hung like prison bars along parallel ridges to our own.

A small fighter jet on training flew overhead, only to complete one of the tightest U turns that must be possible rather than fly into the foaming black walls of cloud on three sides. Amazingly, only about two drops of rain reached us.

One of the principles of Wainwrights original design of this walk is that you make your own route. It is not a National Trail like the Pennine Way. You use public footpaths and it has only limited signposting (and most of that is courtesy of the Wainwright Society). This both adds to the adventure and reduces erosion. He only has fixed start and finish points and an account of the way he did it.

In my experience I think that it is essential to carry the appropriate OS Map (in a waterproof map case) and a compass (and the knowledge of how to use both). By all means take your phone but upload onto it the free OS Locate App, which will confirm your exact grid reference against the map anywhere. You can’t get lost if you can use these tools). 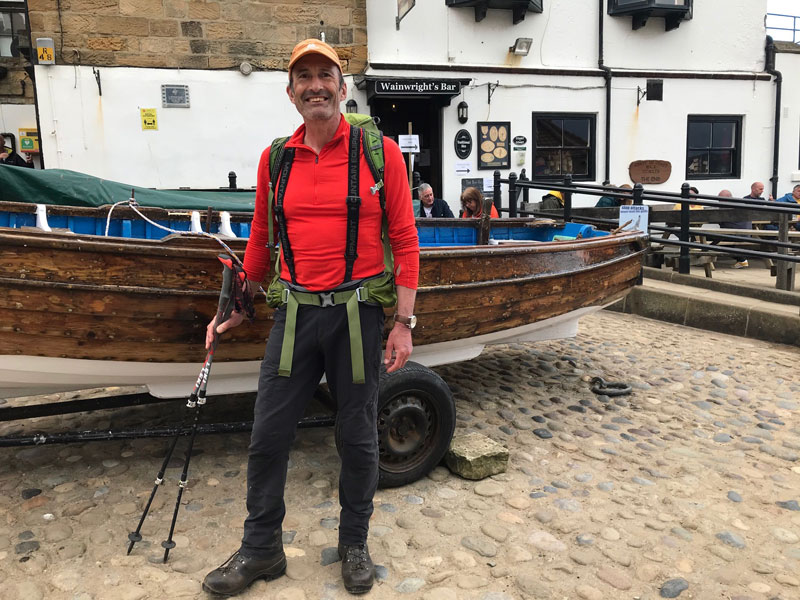 For our final sections of the route we went from Glaisdale directly to Robin Hood’s Bay and stayed in a small hotel only a short but breathtakingly steep hike above the beach. Wainwright walked first to Whitby and then walked along the dramatic clifftops to Robin Hood’s Bay to finish. We did it the other way round in order to access the bus services from Whitby. The cliff top walk is yet another not to be missed highlight of this classic and most worthwhile route. 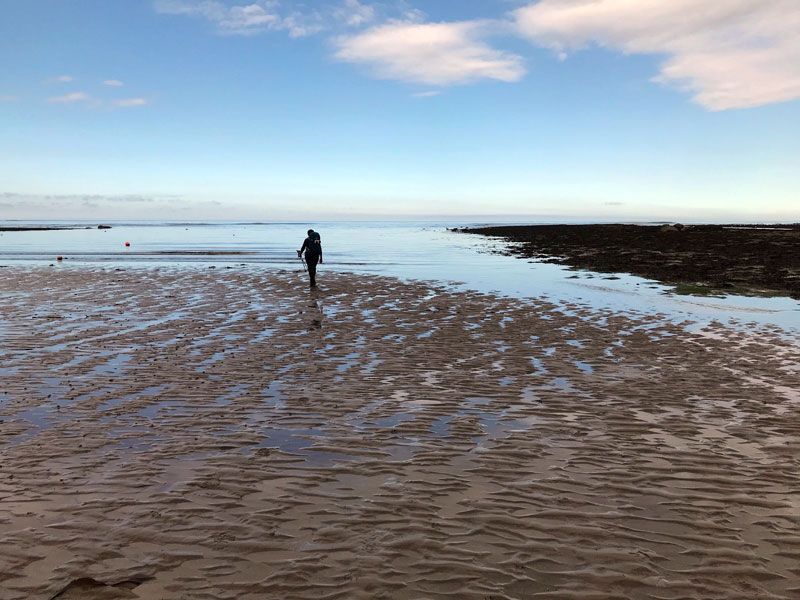 Janet on the beach at Robin Hood's Bay 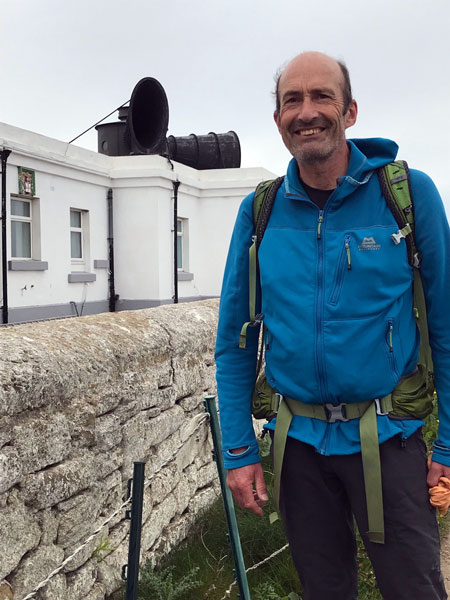 The Foghorn on the cliffs towards Whitby (and another foghorn behind!)

Which maps do I need for the Coast to Coast?