This entry was posted on 9th September 2019 by Chris Harle. 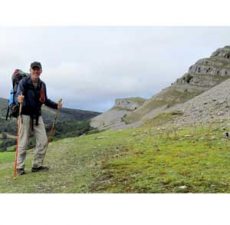 Unused holiday and limited time to use it forced a quick decision to walk the Offa’s Dyke Path. The appeal was threefold: walking a National Trail in one solo backpacking journey; the ODP has a certain purity of line stretching south to north along the Welsh-English border and from coast to coast; and because the logistics were straightforward – train from Matlock to the start at Chepstow, walk to the finish at Prestatyn and train back home to Matlock. Dare I admit that this was the first opportunity to take advantage of my senior railcard?

I had two slight doubts about my attempt. Firstly, the weather forecast was not encouraging and secondly, I questioned my level of fitness. Yes, I have recently done a few fell races and walks but was this enough training for several long days carrying a heavy sack? I had set myself a challenging schedule – walking 177 miles in 7 days carrying all my camping gear.

Unbelievably I have never seen Offa’s Dyke before and yet it is the longest ancient monument in Britain. This 8th century ditch and earthern bank is an astonishing construction and the National Trail follows it where it still exists. The gaps are linked by other prominent landscape features, particularly the Black Mountains, Shropshire Hills and Clwydian Hills. In the lowland sections it follows the Wye and Severn rivers and the Montgomery and Llangollen canals.

Here are some of my personal highlights: 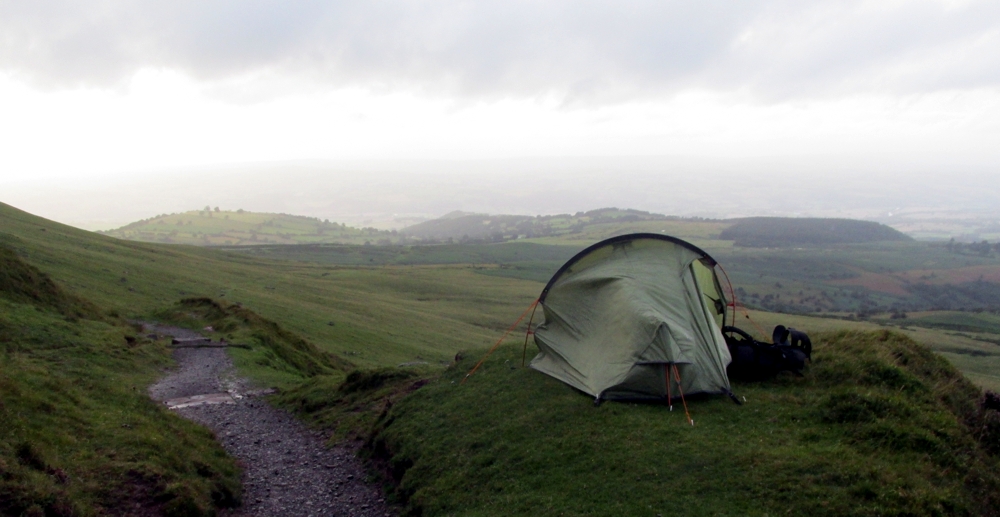 Wind & rain on the Black Mountains

Of course, there were a few downsides to my journey: 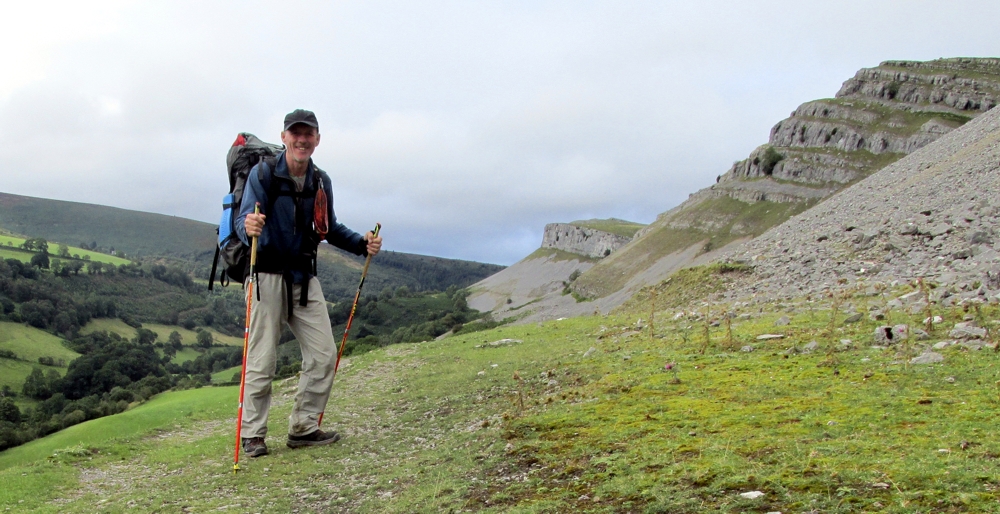 The Eglwyseg escarpment near Llangollen 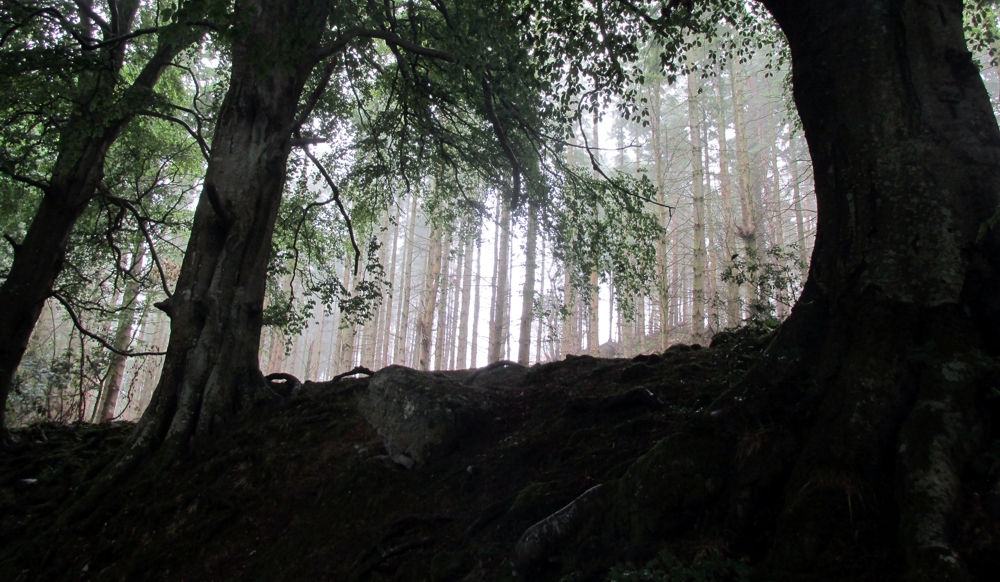 A fine, classic walk combining a sense of history with a variety of walking terrains and many spectacular viewpoints. In general, the signposting is excellent and most of the footpaths and gates are well maintained. The highest point is Hatterrall Ridge (2,307') on the Black Mountains but there is considerable ascent and descent throughout the walk. A 7-day schedule meant that I usually started at about 6.30 am and camped sometime after 7.00 pm. A 12-day schedule would probably be more sensible… 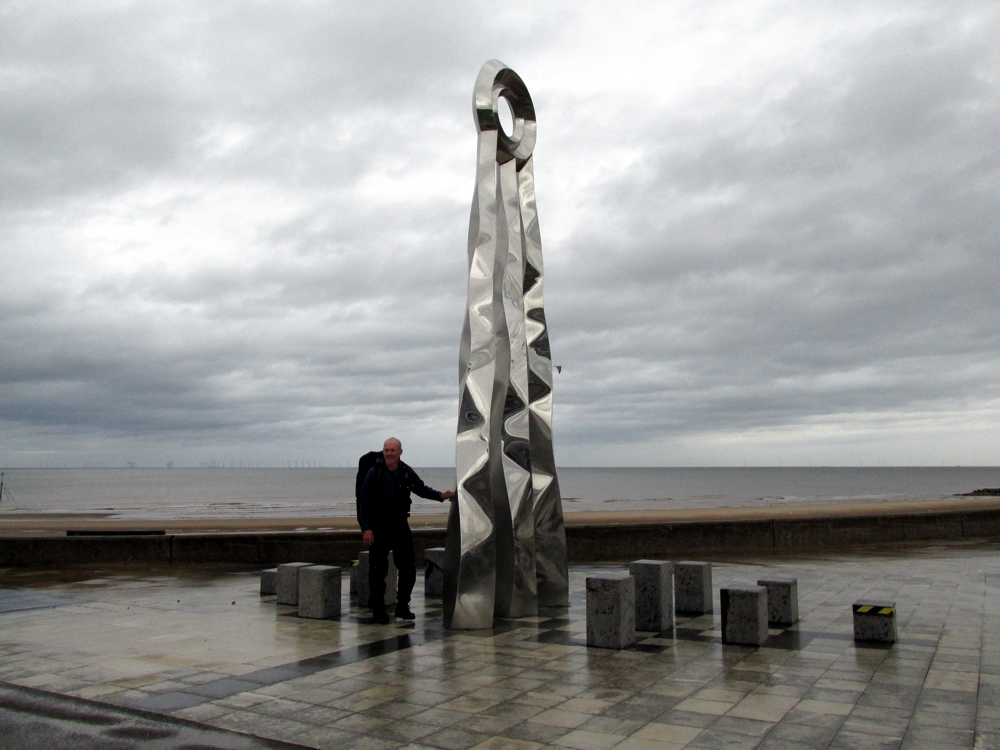 The finishing sculpture at Prestatyn