Ups and Downs Around the Annapurna

This entry was posted on 24th April 2018 by Tom Richardson. 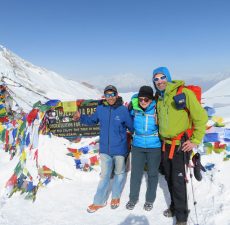 A few months short of 20 years ago, Janet and I walked the famous Annapurna Circuit Trek in Nepal as part of a slow journey home from living and working in Bangladesh for 3 years. It was brilliant, we have great memories of it. This would be a good opportunity to return to it,  and assess how much it and we had changed over the intervening decades. 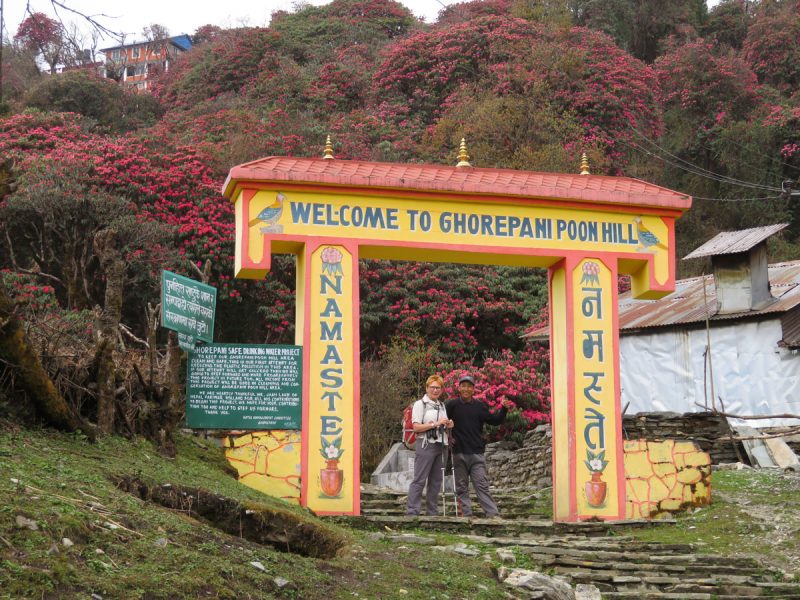 Janet and Kasmi in the Rhododendrons at Ghorepani

As before on trips to Nepal together we did it hut to hut, employing the services of our friend Kami Sherpa to help with some of the luggage. However, I did carry a full load in my new Mountain Equipment Tupilak pack, including Janet’s home-made, heavy but delicious Easter Cake!

We had heard that the big change to the Annapurna Area has been the construction of many kilometres of dirt roads into the heart of the mountains. To us privileged westerners, including me, these roads have undoubtedly damaged the environment and local culture. To local people they have greatly improved the quality of their lives. Giving them access to better education and health care by giving both tourists and pilgrims easier access to the area.

Another big change we encountered on first day was a large Chinese built hydroelectric dam on the Marsyandi River. Controversial certainly, but it is hard to argue the case when the capital city Kathmandu doesn’t have enough power to provide street lighting. The flow of water from the Himalaya is perhaps the greatest in the world and hydro is certainly less polluting than our old coal power stations were.

The good thing about the installation and the roads is that nearly everywhere the road avoids the original trekking trail. Tourists have the choice. Trudge or drive along a dusty rocky road with trucks and other vehicles squeezing past. Or take the quiet, interesting and sometimes dramatic trail, walked by Tibetan Traders and their yaks for centuries before the Chinese Revolution. 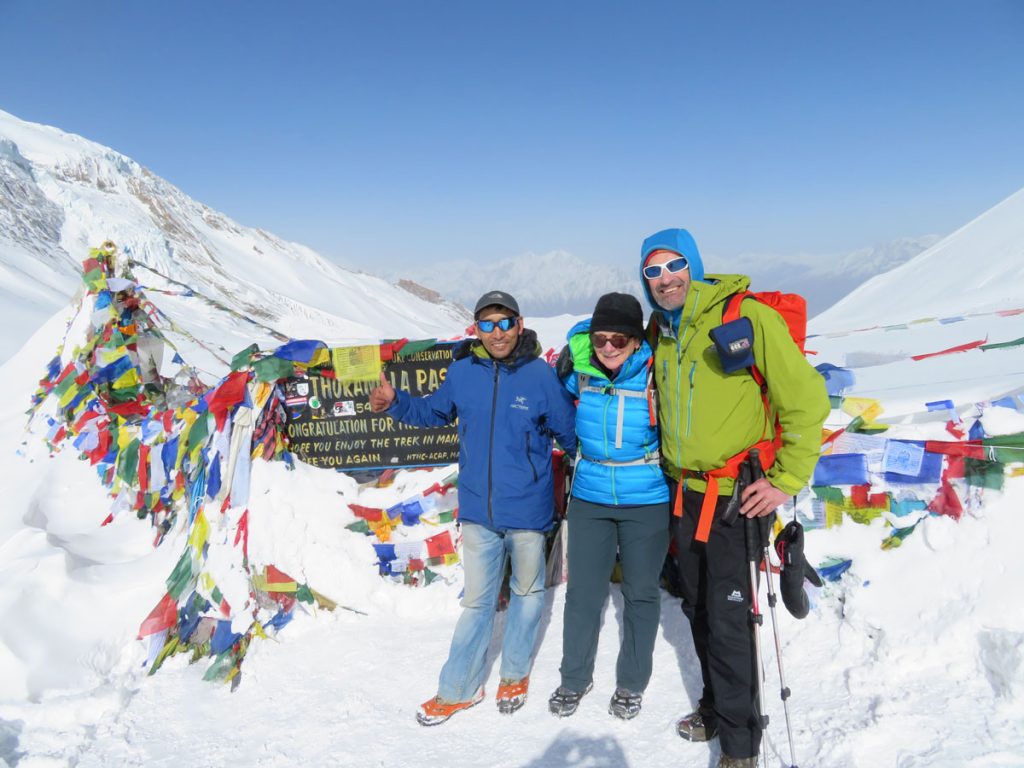 You would think the choice is obvious but (grump grump) in these times of instant gratification, some trekkers choose to drive to the highest point that altitude sickness will permit. Then trek for a few headachy days over the Thorung La Pass (5400m) and fly back to Kathmandu from Jomsom. This is not trekking the Annapurna Circuit. The Circuit currently takes about 14 days of walking. Although when it was originally created it took nearer 21 days, camping all the way.

However, it’s not only the tourists who take short cuts. The village of Muktinath is the first settlement that trekkers reach having crossed the Pass. An important point of pilgrimage for both Buddhist and Hindu people. It is certainly worth visiting, and in the past it required many days of trekking to reach it. Pilgrims now fly to Jomsom, taking a bumpy bus ride to the lowest part of the village. Then pay some of the local lads large amounts of money to escort them on their mules for a further kilometre up to the holy sites.

I must admit, they do create a colourful spectacle. Caravans of elderly Indian ladies clad in sarees, woolly knitted socks and balaclavas. Gentlemen similarly accessorised, slowly toil up the main street to visit the temples, statues and fountains. Finally seeing the amazing temple in which there is a natural flame burning out of the ground. 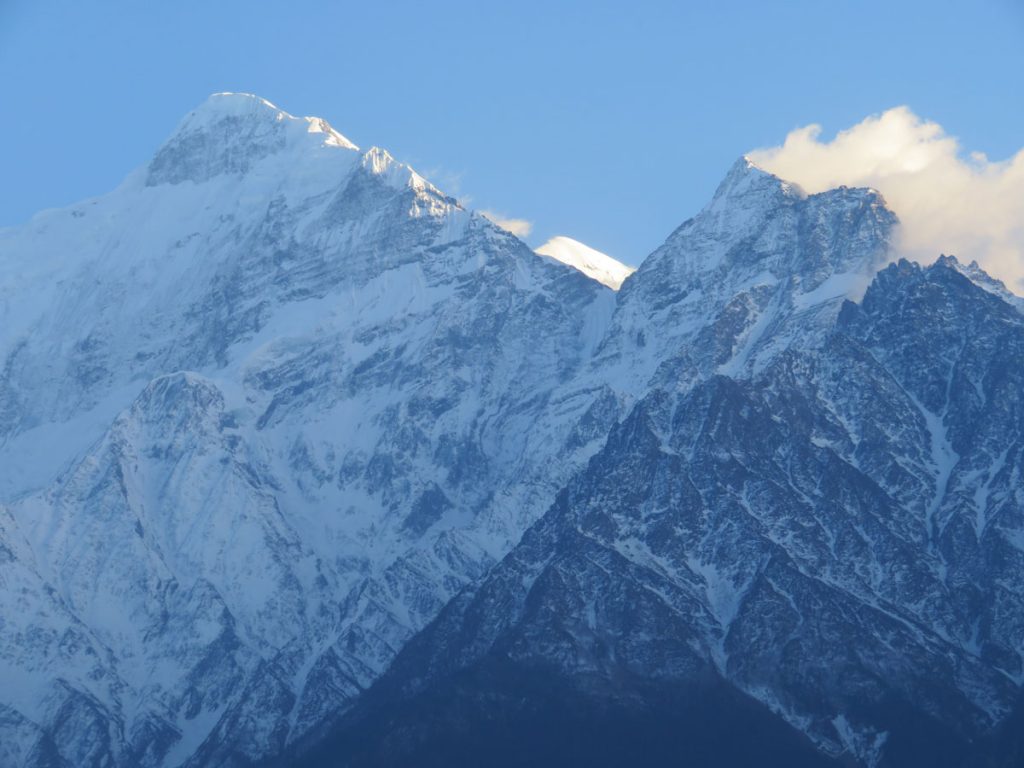 Niligiri Peak - Awesome is the word

Of course, the mountains change very little, at least when viewed from a distance. They are still as spectacular as ever. Beginning on the second day of walking we passed below or near the elusive Annapurna 2. Then later Gangapurna, the Chulu Range, Tilicho Peak, nearly the entire Dhaulagiri Range, Nilgiri, Annapurna 1 and Machapuchare to name but a few. To use the word unusually correctly, they are “awesome”. 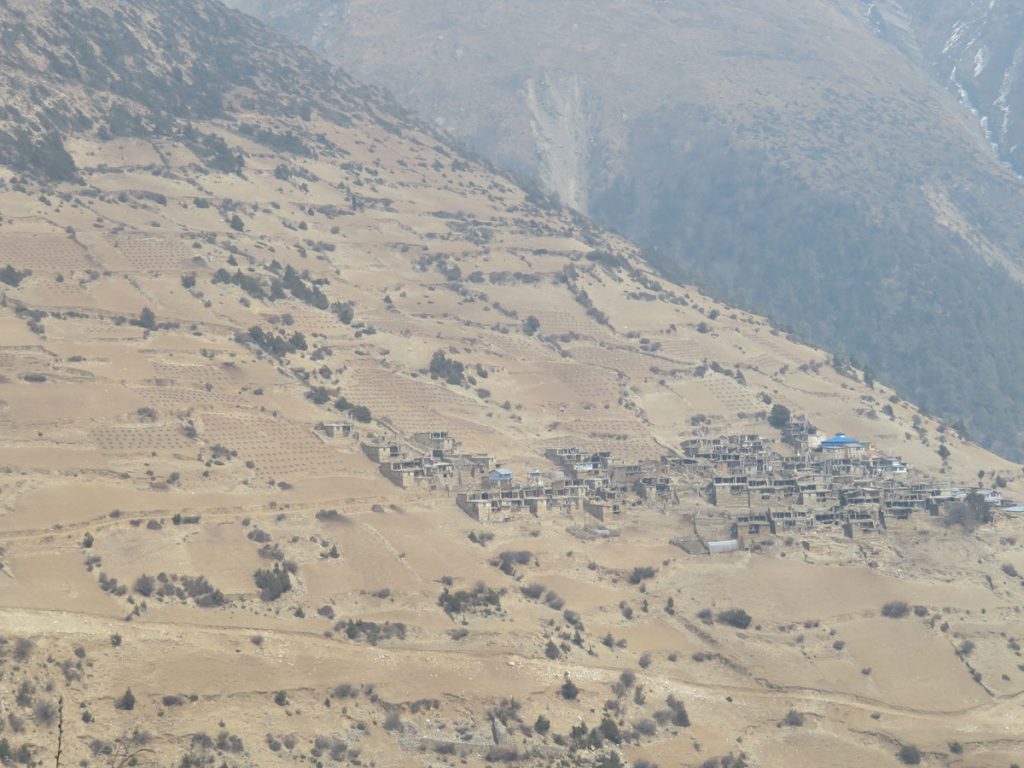 How did we get on amid all of this? We loved it all and had a great time!

Highlights for us were: 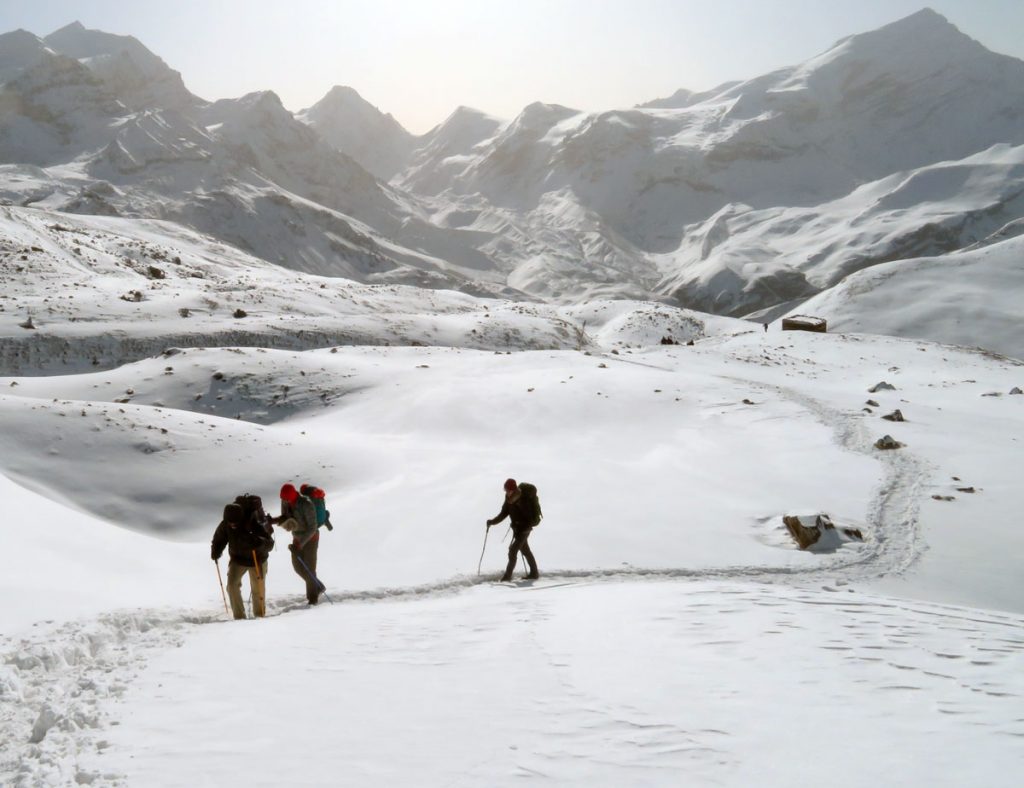 The magnificent Chulu Range from high on the Thorung La 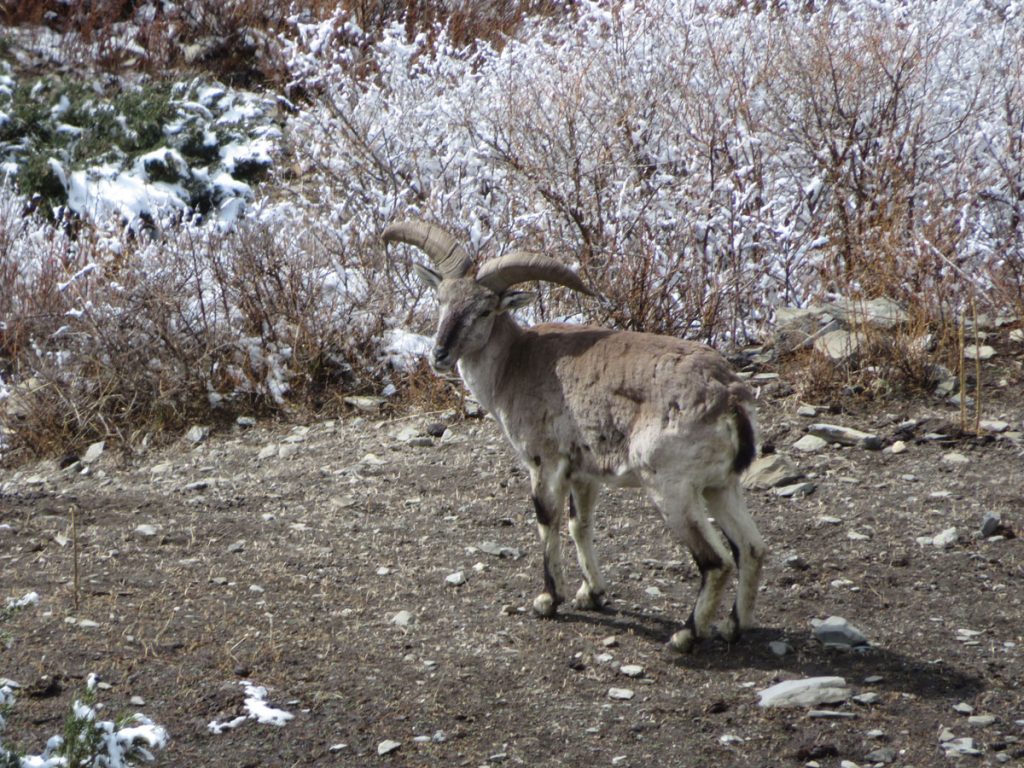 The other question is - will we be going back again in another 20 years? Well, we’ll be in our mid 80s by then so will probably be looking to do something a bit more challenging before we get too old!!