Trad climbing with your kid

This entry was posted on 4th August 2021 by Guest Contributor. 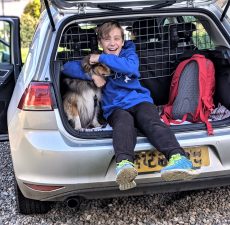 I suppose this is a piece of writing about assumptions. For example, I assumed the pandemic would be a wholly negative experience, and indeed it has been devastating for many. But there have been some bright spots on the scene, like the phenomenal effort keyworkers have made in keeping things going, or, perhaps in a less widely impactful sense, the way that the climbing community has pulled together. Then on a personal level, the way that one of my assumptions was turned on its head, and that’s the tale I would like to tell, and it’s mainly about trad climbing with my son, Theo.

If you want the short version then it would be to say that, if your child climbs and you are in the position to, then I’d encourage you to allow them to taste all the flavours that climbing comes in. If that sounds interesting to you then read on and I’ll tell you some of the things I’ve learned. That said, I’m no expert, I’m just sharing my experiences, and in no way am I telling anyone what they should do, how to do it, or offering any of this as advice. 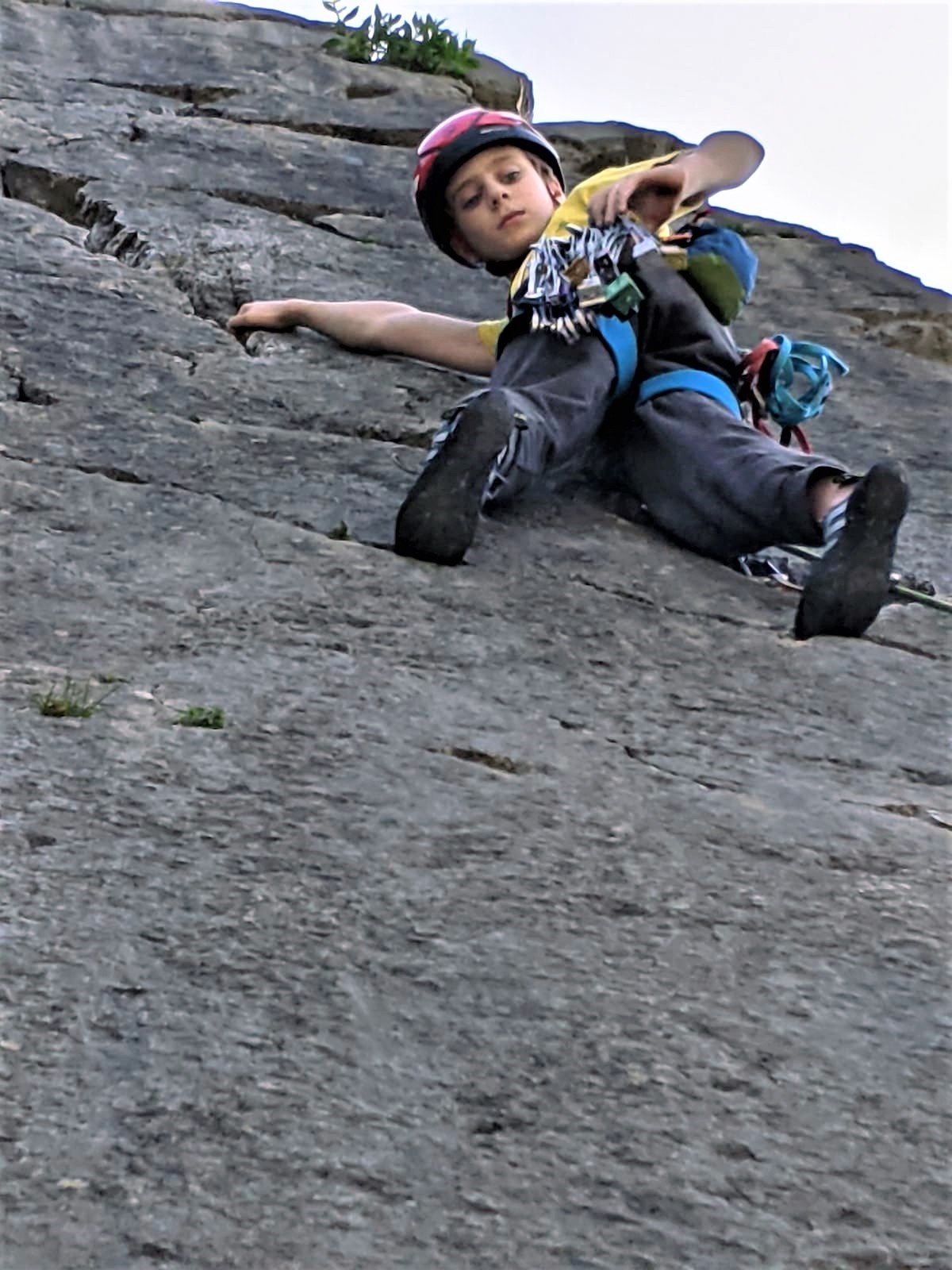 This story begins in 2020 when Theo was ten.  Theo is twelve now and has climbed since he was three. Theo’s path into climbing came earlier than mine, at a bouldering wall, with the benefit of having a dad who climbs and instructs at the wall. As opposed to my climbing journey which began in an old quarry in Oldham with my mates, and we learned from a book we had. Theo has been involved in competitions and done quite well, up to the start of the pandemic, most of his climbing was indoors with a bit of bouldering and top roping outside. I mainly climbed outside and was never one for competitions really. But Theo has enjoyed them, and I did enter one at Theo’s pleading, just to prove I’ve still got what it takes…

For several reasons, the pandemic forced us to trad climbing crags nearer home. When we could climb, we were trying to stay local. We also found many of the venues we had been to previously were now a little too crowded with climbers who had taken their first tentative steps into the outdoors. These climbers had just as much right to be there as I did, but it just wasn’t for me, therefore trad crags it was.

For my part I was just happy to be outside spending time with my son, doing something that I love. My assumption was that Theo would do this for a while until he could get back to bouldering and sport climbing indoors with a little bit of outdoors, just like before. I also assumed that Theo would not want to learn about all the additional stuff that comes with trad climbing, like putting gear in, taking it out, setting up belays and so on. However, Theo’s attitude to trad climbing surprised me and challenged these assumptions. He really took to it and was not phased at all by the exposed positions, even when the gear was fiddly to get out, he learned the knots and wanted to learn how to set up belays. I could clearly see he was developing a love of being outside, although he still enjoys indoor climbing and couldn’t wait to get back to the wall when it reopened.

I could have said no of course, explained he was too young, or he should focus on other aspects of the sport, but I didn’t want to quash his enthusiasm. I was a little conflicted, but together we made a plan that wouldn’t leave my nerves in shreds. This plan saw us spending days out doing some top roping, placing gear at the bottom of routes, getting it out, putting it in again. Then we moved to seconding climbs, abseiling, setting up belays, leading with a top rope and then some pre-practiced leading, on-sight and multi-pitch. I suppose in some ways this was no different to how others might go about it, except Theo was 11 and just over 5ft. I also heard about the BMC subsidised training for young people who wanted to get into leading and Theo just sneaked into the bottom end of the age group, so I signed him up and we went on the course. Incidentally, if you’ve no experience with trad climbing then a course run by a qualified person, or an experienced friend you trust is where I’d start. 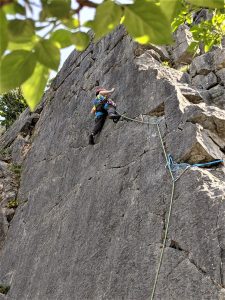 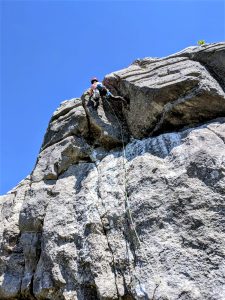 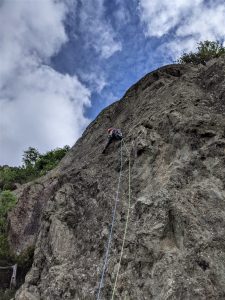 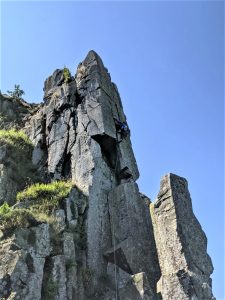 We had a great time on the course, the instructor was excellent, Theo learned lots and I found out that I’d not picked up any bad trad climbing habits over the years (I assumed I had). Going on this course saw another assumption of mine overturned, which was that I’d meet several like-minded adults who were happy to let their children take similar steps. In fact, the surprise was that we were the only people that had signed up, and although the course was due to run twice the second course was cancelled as there were no takers.

I thought this was a real shame but thinking about it I can see why this might be. For a start, trad climbing has a lot more barriers to doing it and is arguably one of the less accessible forms of climbing.

This leads me to writing this article, to encourage you to, if you can, allow your child to experience as many of the facets that climbing has to offer and to pass on what I’ve learned. For one thing, once they are no longer a child, big event competition climbing is only for the few, but a love and respect of the outdoors, and the mental health benefits that research has proved come with it, are forever.

Here's some suggestions based on what I’ve learned. 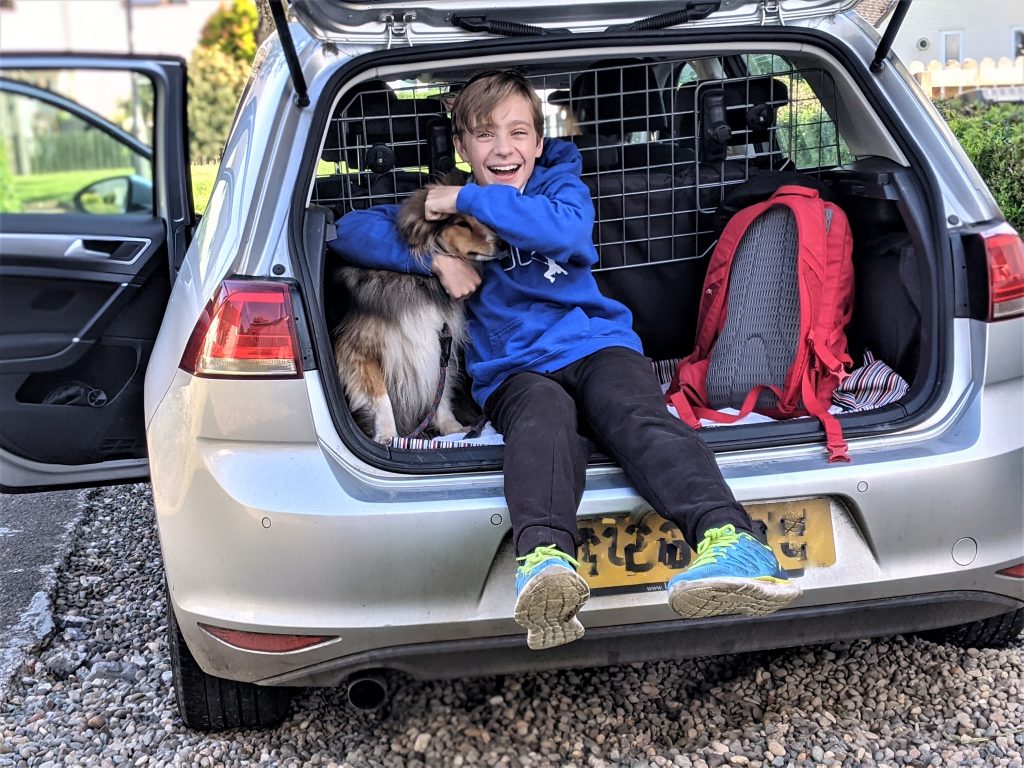 Finally, make sure you have fun and I’ll leave you with a quote from Theo.

‘I like the adventure aspect of it and getting outdoors to places people wouldn’t normally get to go. I enjoy the challenge of multi-tasking and placing a bomber piece of gear.’

Written for Outside by Mark Magas