Mentok Kangri A Peak in the Land of Passes

This entry was posted on 15th November 2017 by Tom Richardson. 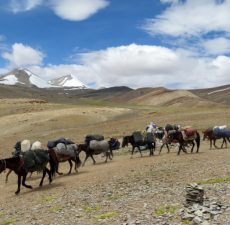 Mentok Kangri is found in Ladakh, a region of northern India that forms the borderland with Pakistan and China/Tibet. In the past the region was called “Little Tibet” and what is now know as Tibet was “Greater Tibet”. Ladakh means The Land of Passes, and it is well named. Politically, it is an area in a state of constant alertness. This is due to the never-ending conflicts in Kashmir and the Karakoram border between China and Pakistan.

After acclimatising and sightseeing in the capital Leh (3500m) we visited some of the areas' unspoiled Buddhist monasteries, setting off into the heart of this remote area. During the summer months nomadic herders and rare animals can be found inhabiting them. The wolf and kiang (wild ass) can be seen year round. In this area porters are not used to carry gear, instead it's ponies or mules. They cope brilliantly with the conditions, whether it is altitude, rocky terrain or river crossings. We coped less well with all of them. 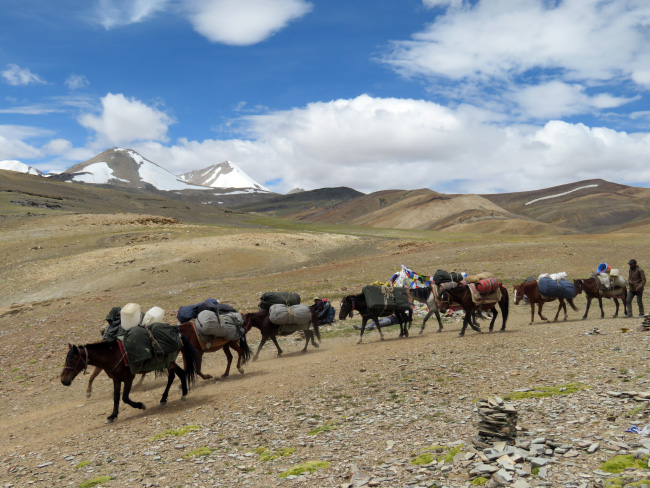 After a week of inspirational trekking crossing many high passes and camping in remote valleys, the Yalung Naula Pass (5400m) was reached. From here the first views of the glowing azure blue, 20-kilometre long lake Tso Morari can be seen. It is a truly beautiful sight, famously changing with the colour of the sky and whose surface frequently reflects the image of one of the higher peaks in the area, Lungser Kangri (6600m). The proximity to the Chinese border of Lungser Kangri means it is sadly closed to climbers and trekkers.

The summits being attempted were on the opposite side of the lake, the 6000m+ peak of Mentok Kangri that provides steep snow/ice slopes, leading to an easier sinuous ridge linking the summits of Mentok Kangri 1, 2 and 3. A high camp was made at 5300m at the only water source on the mountain this year. There was no one else there for 3 nights.

The ice face of Mentok Kangri 2 looked steep, consequently we explored a couloir further down the ridge that one of our climbing Sherpas had climbed some years ago. We abandoned that plan and returned to the original ice face route due to low snow and rock fall.

The route initially climbed a series of moraine ridges to about 5600m. Above that a steepening glacier lead to an ice wall of about 45 degrees, here we fixed ropes for several lengths. Above the ice wall the angle eased, but still gave a long uphill pull to the rounded summit. The view from the summit was magnificent, peaks in China in one direction, Pakistan in the other and far below the shining waters of Tso Morari lake could be seen. 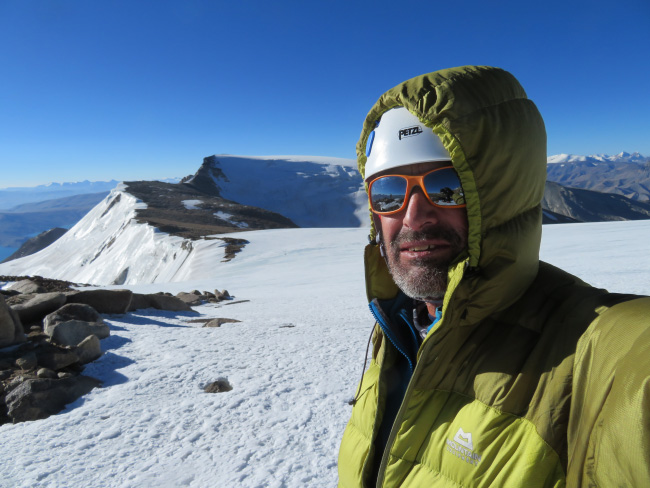 On the way to the summit of Mentok Kangri 2. The headwall descends on the left 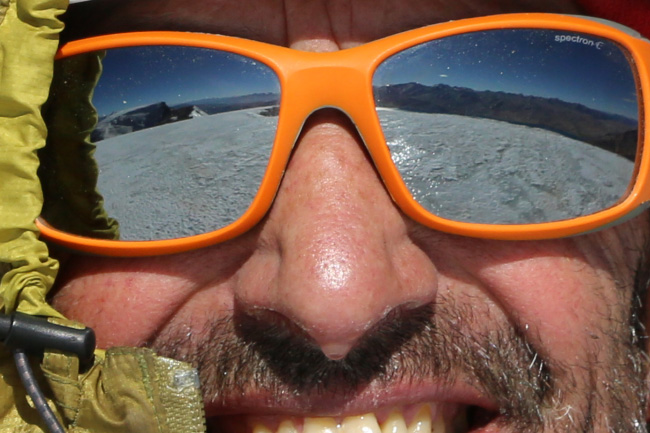 Climb Mentok Kangri with KE Adventure Travel. If you're lucky you may even have Tom himself guiding you!