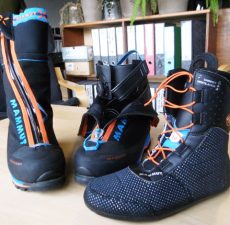 A First Look at the Mammut Nordwand 2.1 High Mountaineering Boot

New versions of boots are to be expected but this is a very significant revision. Although externally similar to the existing Nordwand High GTX, the most obvious difference is that the 2.1 now has a separate inner boot, insulated with Thinsulate Ultra. Clearly, this has resulted in a boot that has more bulk than its predecessor but is significantly warmer. 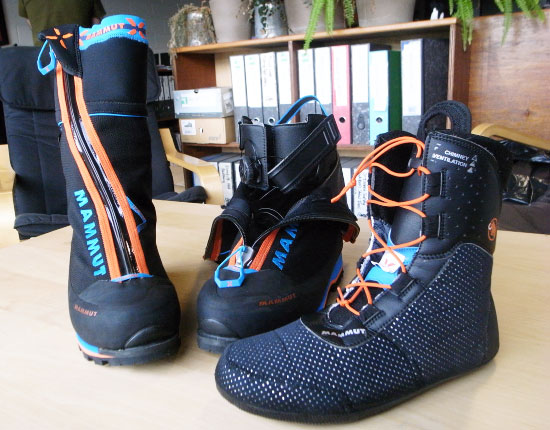 The minimum temperature quoted is -35 degrees C, which is identical to the existing version. This anomaly is due to the EN ISO 20344 standards, which only measure the insulation of the outsole and midsole, not the whole boot. As the 2.1 uses the same insulated carbon midsole as the current model, unsurprisingly, the results are the same, although the 2.1 will be a much warmer boot. This extra warmth comes at the expense of a 14% increase in weight, a bulkier feel and decreased ankle flexibility. However, by only increasing the weight by 14%, Mammut have managed to produce a very warm boot that still feels pretty light and relatively dexterous. This is helped by a secure fit that comes from having a laced inner boot and a Boa locking system and PowerStrap on the outer boot. The Boa works well and is now a well proven technology, which gives a snug, even fit and is easy to operate with gloves. It is also pretty east to get your feet in and out of the boots, which is a crucial aspect of this style of boot. 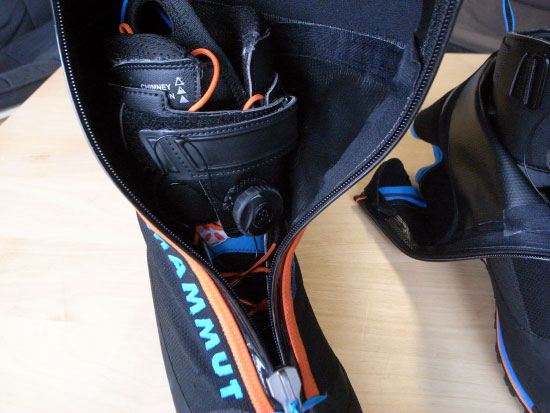 This is a very different product from the one it replaces. It is now rather less suitable for scratching up routes in the Northern Corries but much better for Alpine winter escapades or Greater Ranges trips. Equally, it would work well for anyone who likes very warm feet on multi pitch routes in Scotland. This is a really well executed cold weather boot, with some excellent and effective details. Expect to see them over Winter 2015/2016 priced at £495.

edit: The Nordwand High 2.1 is now in stock!