This entry was posted on 8th October 2016 by James Turnbull. 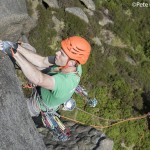 This summer the climbing has been a little less frequent than normal, nevertheless I have gotten outside on the odd occasion, even managing a couple of days at Gogarth. Aside from a new baby on the scene, the weddings and stag dos have been all consuming, and so has the eating and drinking. However, living where we do, there is always time to fit in some climbing! 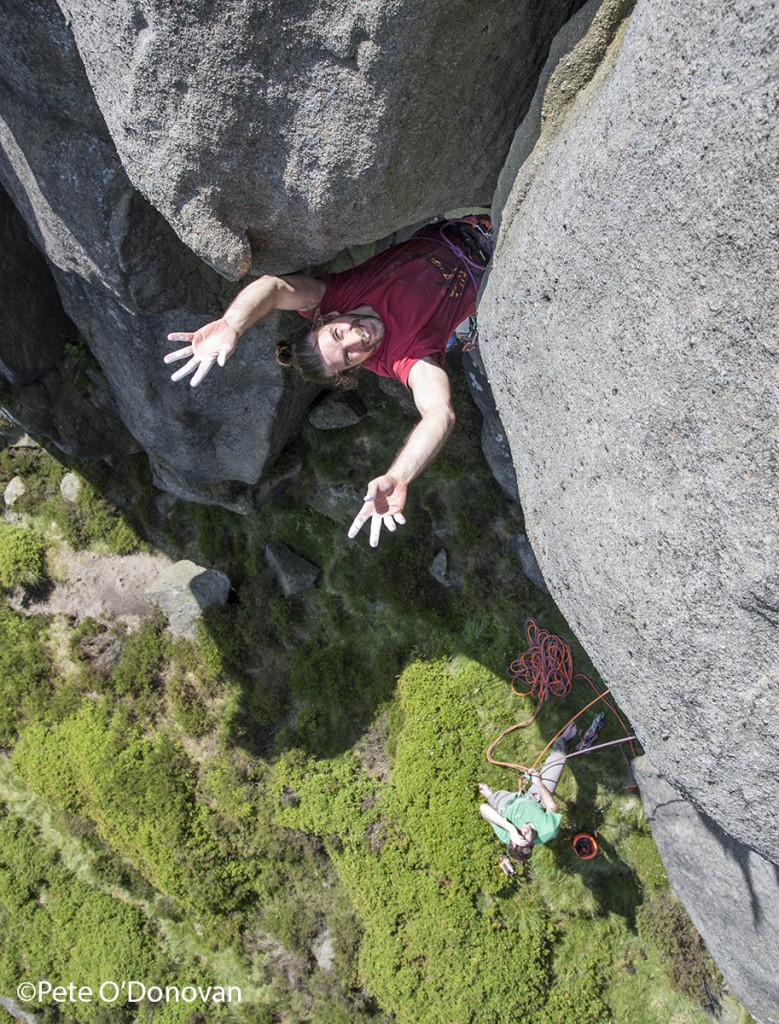 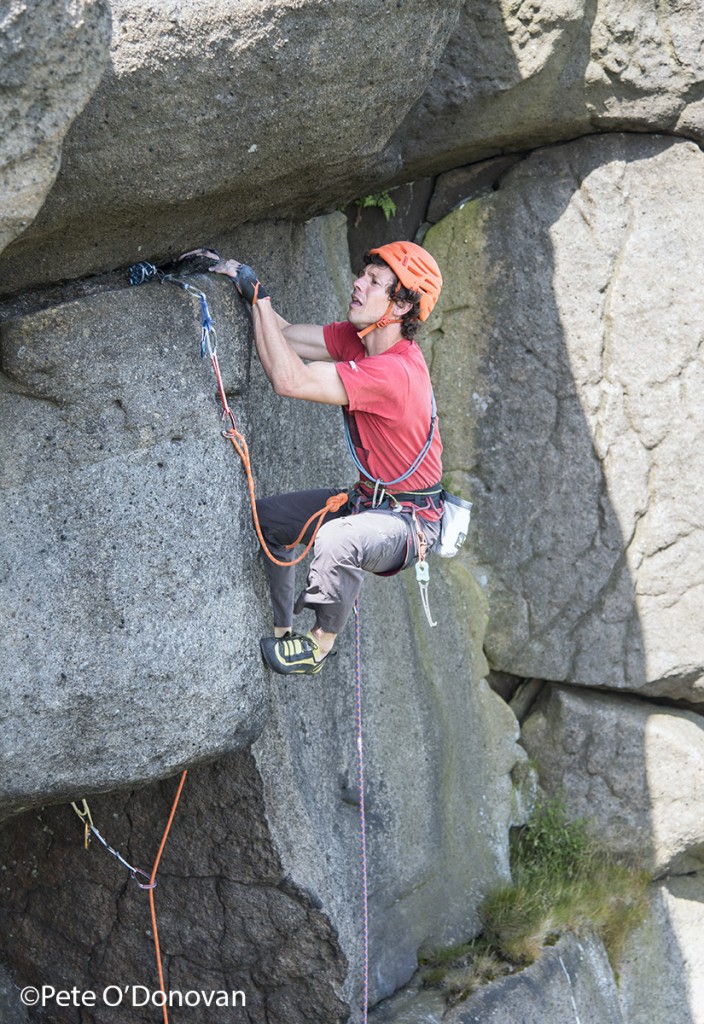 Our friend Pod (Pete O’Donovan) is making a new guide to the Peak and has been bullying us all to get on the routes so he can get photos. It's been fun and has even forced us into the long walk in to Kinder.

Adam and I headed up earlier than Pod one day, where we ticked off a couple of rarely repeated gems on the Grindsbrook Towers. Byne's Crack (E1 5b) was a stern warm up and made me think of the balls of the guys who lead this in the 1930s with no gear. I used LOTS of cams. We then proceeded to brush and clean the amazing yet gritty Andy Cave route Lonely Nature (E4 6a). Adam and I both led it after a brush, yet the scrittly grittiness still made for an intense experience! It is an amazing route and I strongly recommend it. 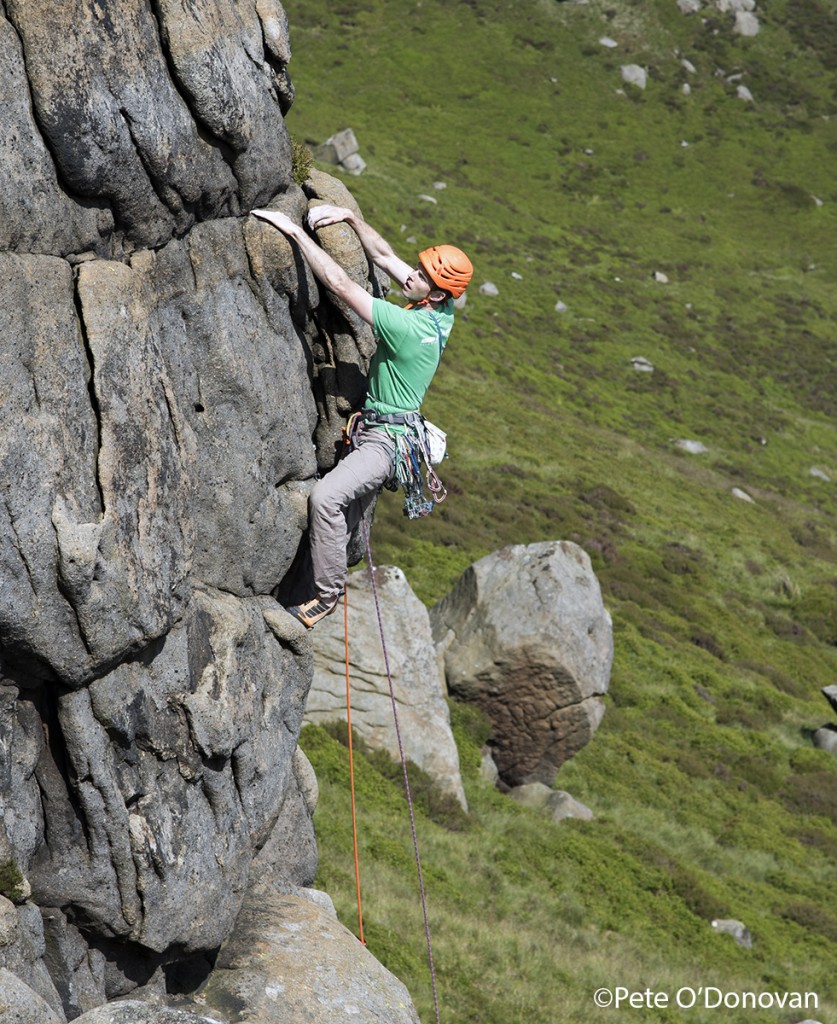 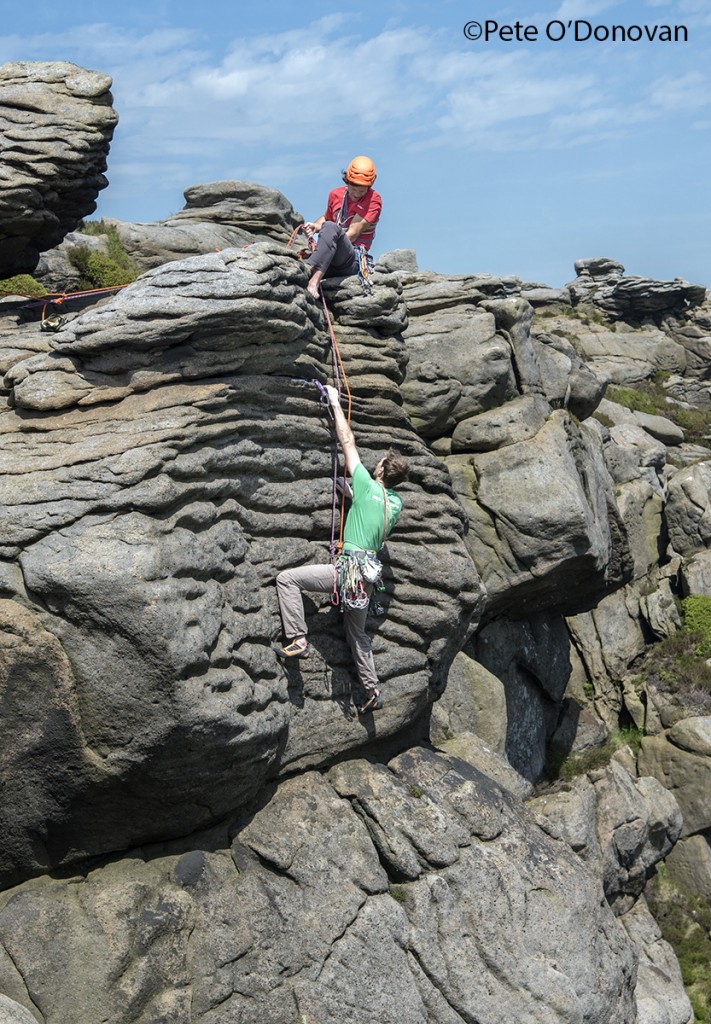 Happy with this we headed over to Upper Tor to meet Pod and climb all the routes on his list - Ivory Tower (E1 5b), Robert (E2 5c), Brutality (E1 5b) and Upper Tor Wall (HS 4b). The only slightly disappointing thing was the ease with which Robert was climbed. The guide made us feel ready for battle and we donned jamming gloves. It was over graded in my opinion and Brutality, at a grade lower, felt 2 grades harder! 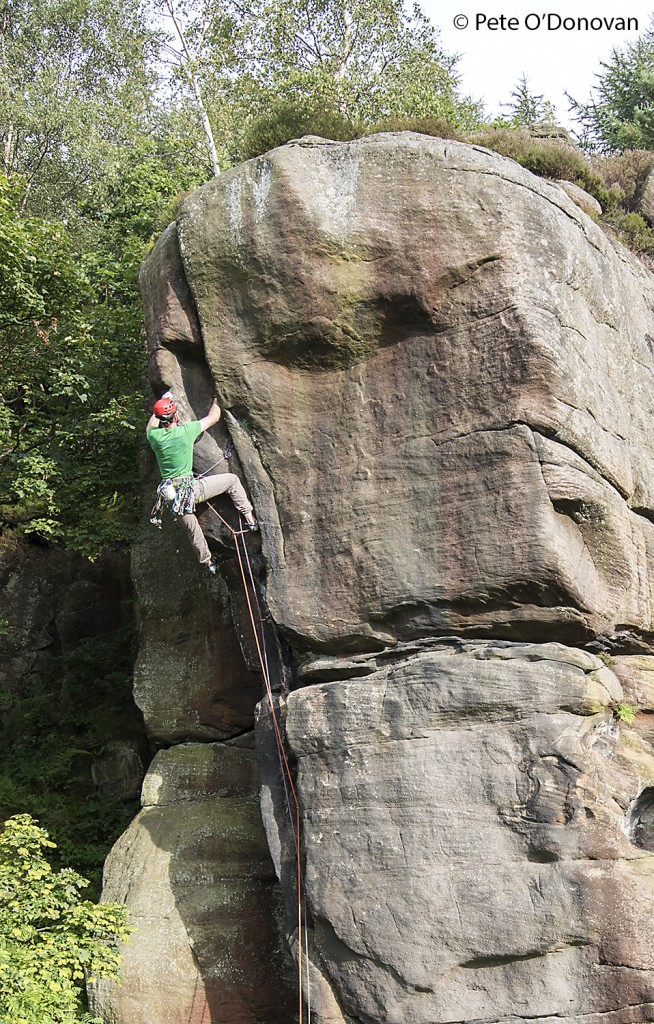 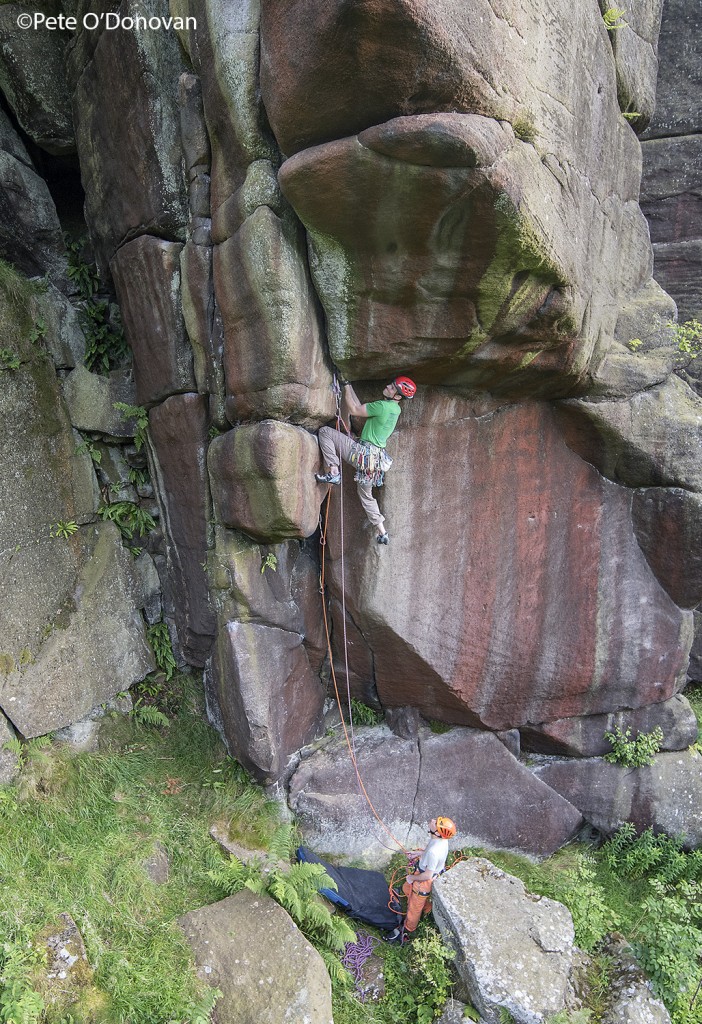 Another Pod photography venue was Chatsworth, this is where I got stuck into the classic jamming test pieces of Emerald Crack (E3 6a) and Sentinel Crack (E2 5c, ha ha ha). These were great for testing out the Ocun Crack Gloves which meant I left the crag unbloodied! 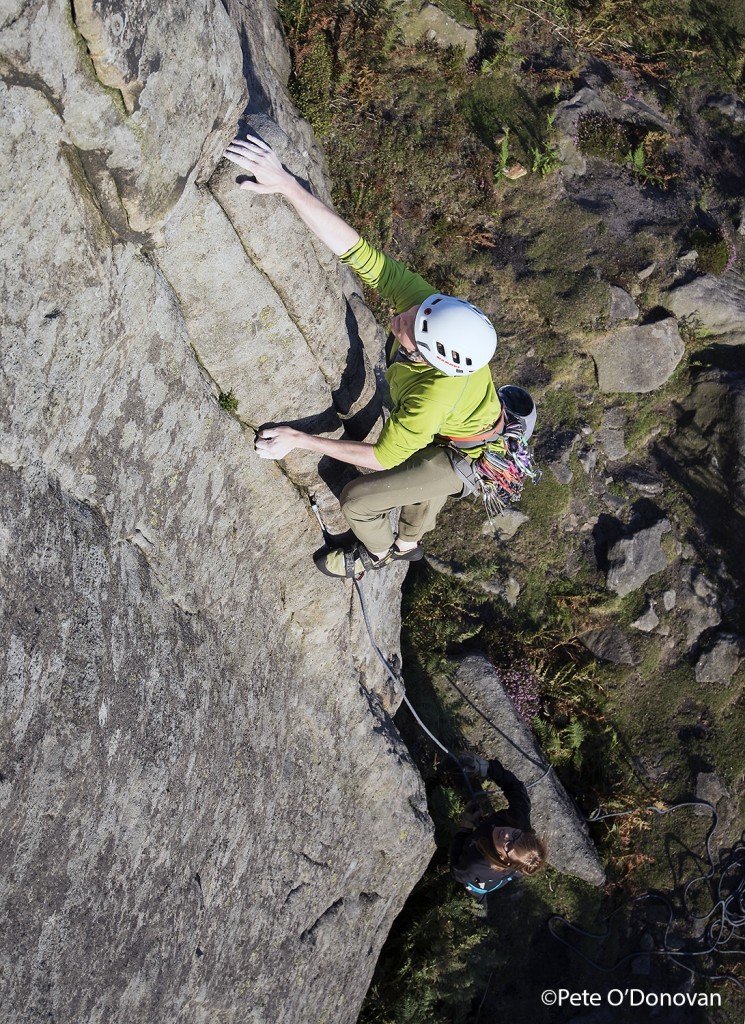 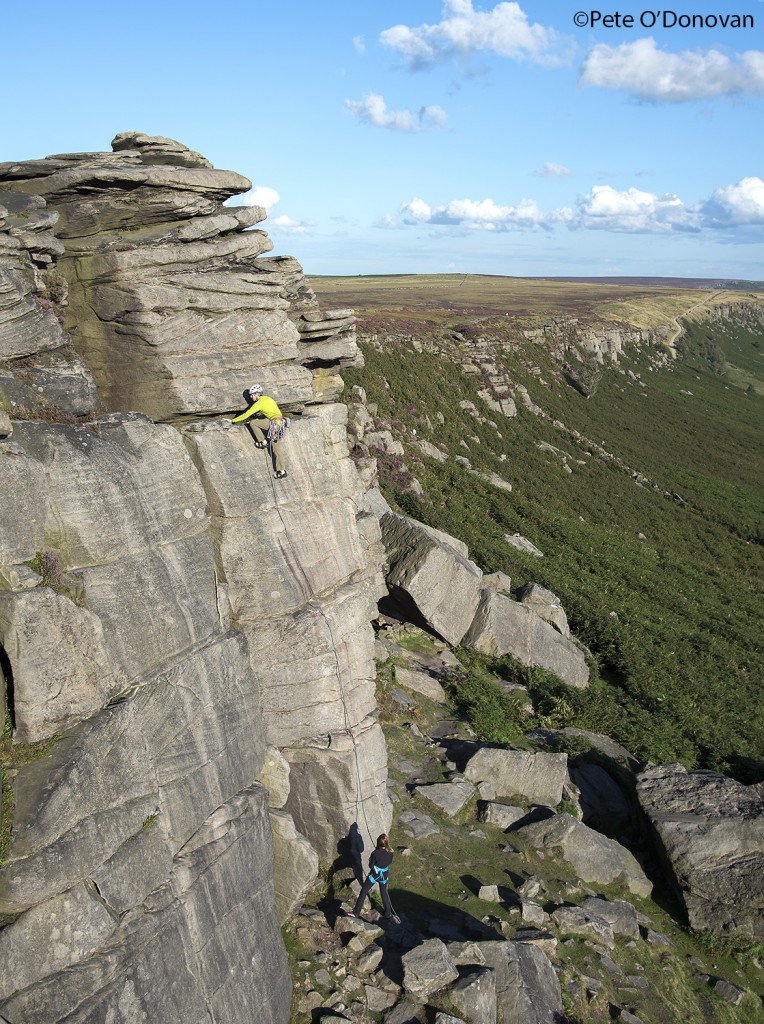 My brother Robert has also been getting in on the act with ascents of The Knutter (HVS 5b) and High Neb Buttress (VS 4c) at Stanage High Neb. There were a few complaints of climbing too fast to catch all the moments, however that's a Turnbull trait, good work Robert!

The new guidebook will be launched here at Outside on the 10th of December 2015, with an illustrated talk from Pete.

One thought on “Grit and climbing grades”