FutureLight: The North Face in Zermatt

This entry was posted on 26th September 2019 by Rob Turnbull. 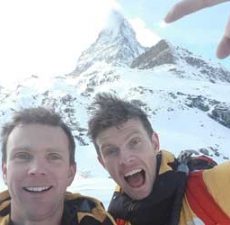 In September 2018 Dan, our North Face representative, called to say that he had a great opportunity for my brother and me. He wasn’t wrong!  James and I were invited to the launch of an exciting new fabric technology called FutureLight which The North Face had been working on for some time behind the scenes. They were now ready to show it to people from the outdoor industry, at a weekend event in Zermatt!

Around 100 retail and industry partners were invited from all over the world. We were two of only six Brits on the list, so we felt very lucky to have been asked.  Naturally we accepted Dan’s kind invitation, and in November 2018 we flew to Geneva and made our way to Zermatt.  I had never visited before and had only seen the iconic Matterhorn from a distance; when you first see it from the town it is really is impressive and entirely dominates the view. 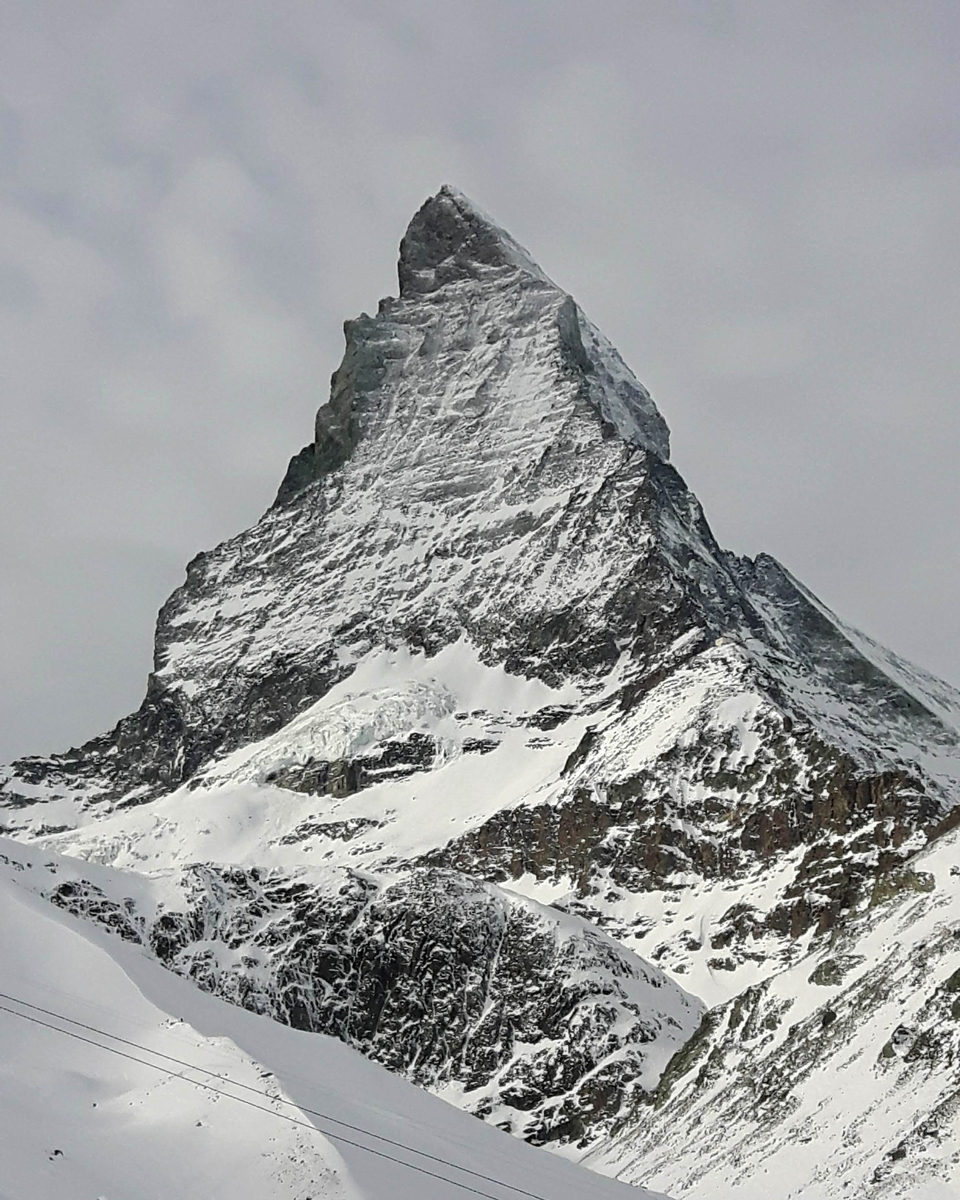 We knew very little of what to expect as the new technology had been kept very quiet. We were told only that they had a new development that they wanted to share with us. Once we all arrived at the fantastic hotel in the centre of town, we were taken to the conference room for a very impressive presentation hosted by Arne Arens, the CEO of TNF.

Introduced as 'the most advanced, breathable and waterproof material in the world' FutureLight begins with a new fabric production method called nanospinning, which creates nano-sized fibres for incredible air permeability, while still maintaining waterproofness. This is attached to fabrics using a unique lamination process, creating a light, breathable and very soft fabric which The North Face have exhaustively tested, both in independent laboratories and out on the hill. 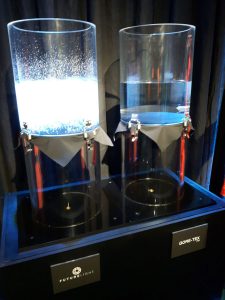 FutureLight uses recycled materials and non-fluorinated DWR, so it's not just light on your back, it also treads lightly on the environment. It is also super adaptable - The North Face call it 'tuning': meaning weight, stretch, breathability, durability and construction (knit or woven) can be customised during the manufacturing process for specific activities, by increasing breathability and air permeability for fast moving pursuits or increasing rain protection for wet climates.

After hearing about the fabric’s properties, we were kitted out with a full set of clothing that we were to test over the coming 2 days. We woke to blue skies and fresh snow on day 1, when the guests were split up into small groups led by local mountain guides and TNF sponsored athletes. James and I were psyched to be part of the ice climbing group going out with Simone Moro, Andres Marin, David Goettler and the late David Lama. 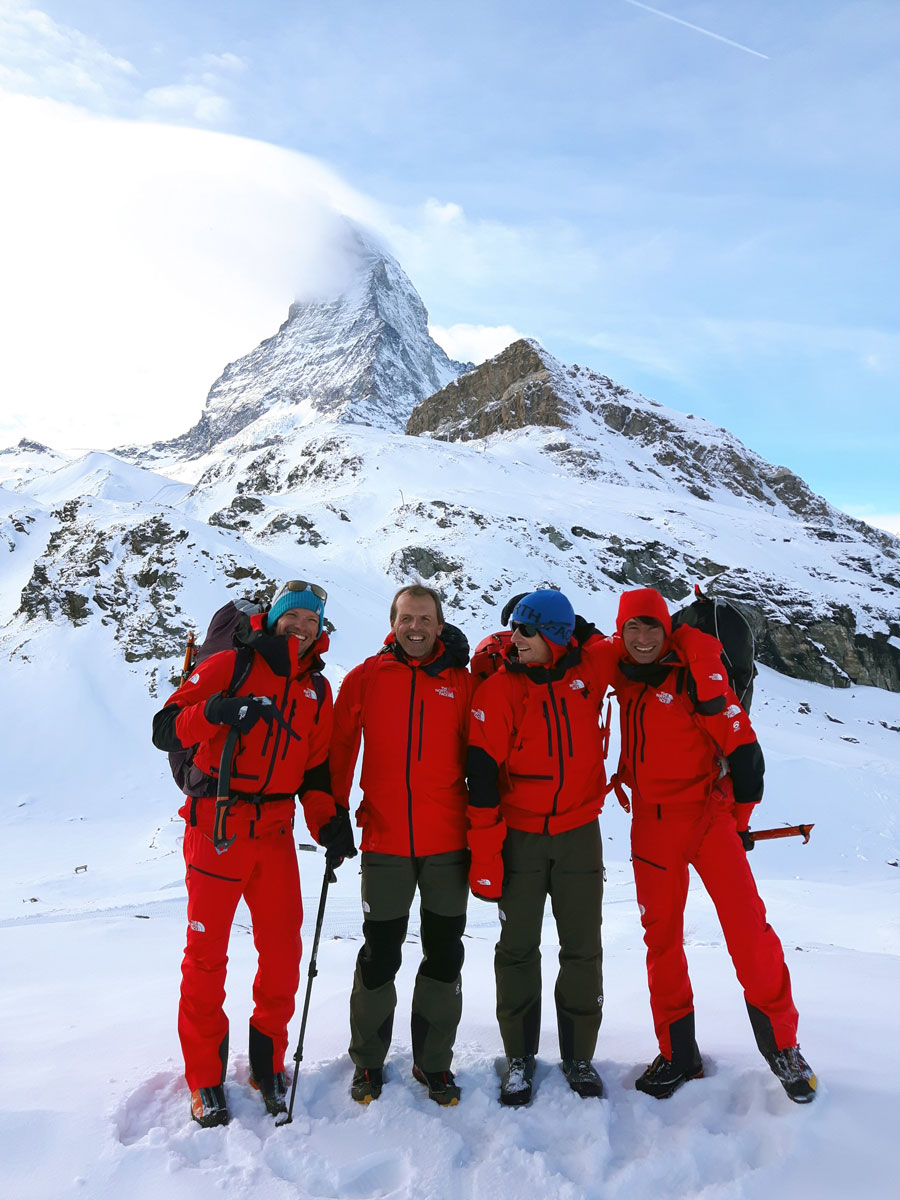 We met up with our groups and were introduced to the very famous guides (!) and made our way to the lift station. From the lift a short walk through deep snow brought us to the icefall. This was probably the best testing opportunity on the trip as we were wading through knee deep snow in the bright sunshine.  The fabric seemed to be quite breathable; usually I would start to feel hot and sweaty while wearing a full shell layers, but we arrived at the icefall 30 minutes later still comfortable and dry. 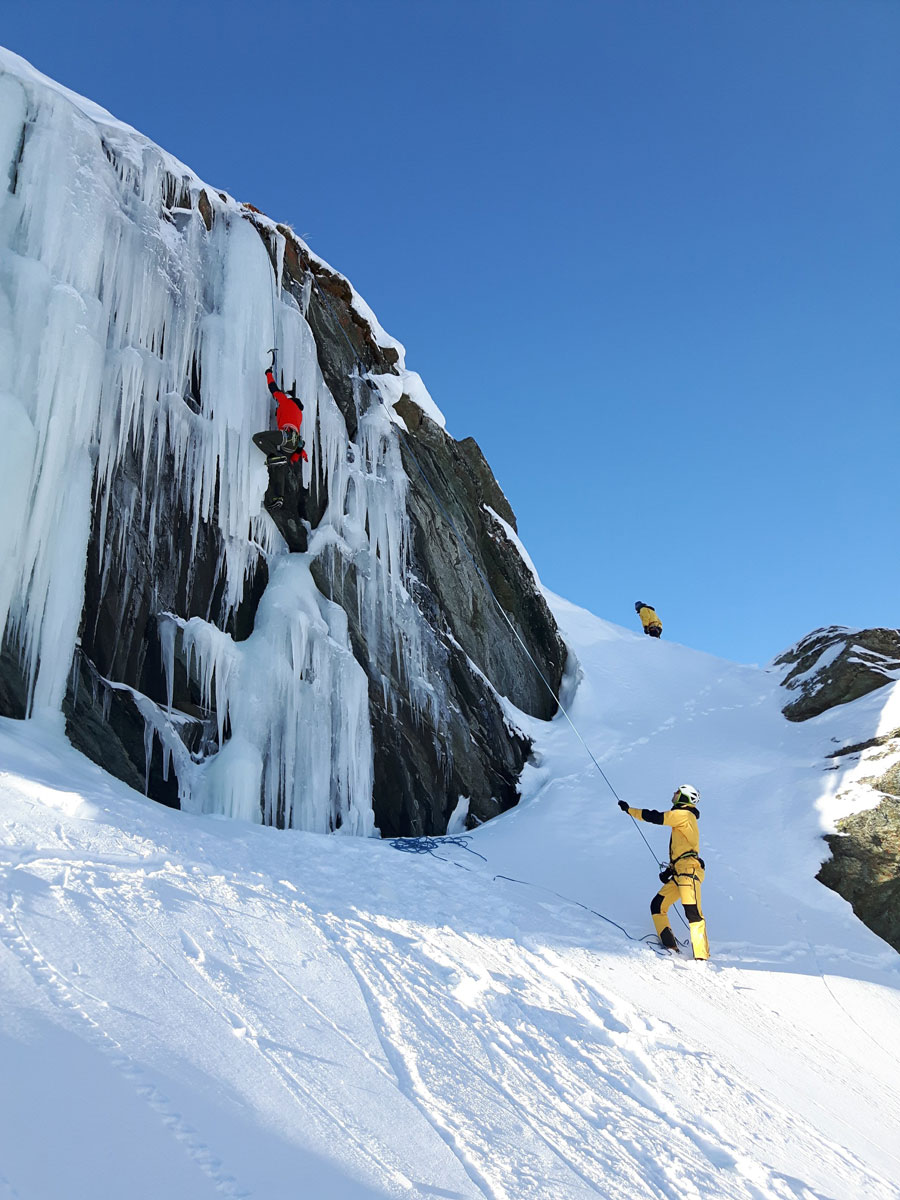 After watching David Goettler effortlessly set up the route, we all had a chance to climb a couple of lines on the icefall.  It looked short and straight forward, but it turned out to feel much steeper and harder than it looked, especially when out of practice, as I was!  James made it look much easier than me. The whole day was great fun and watching the athletes casually climb as if it was a walk in the park was very inspiring. 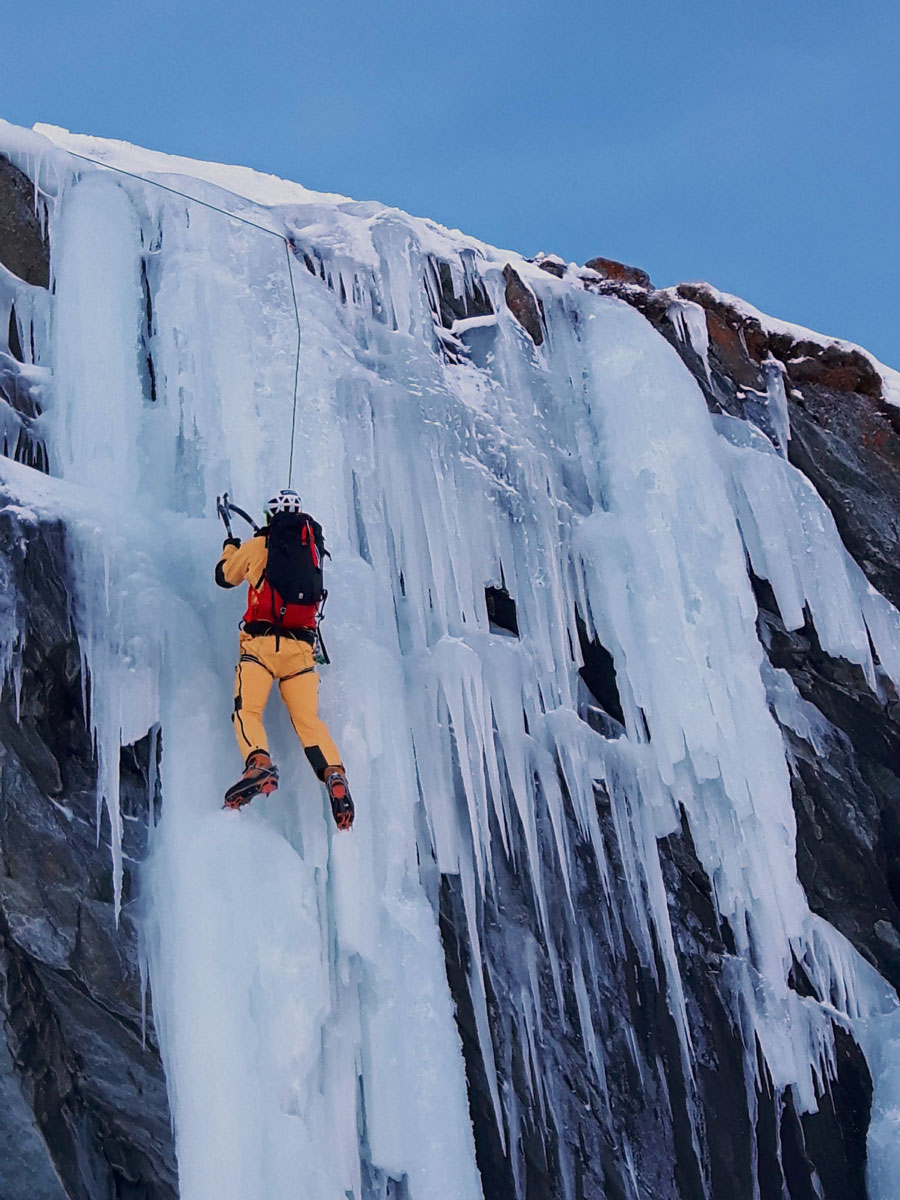 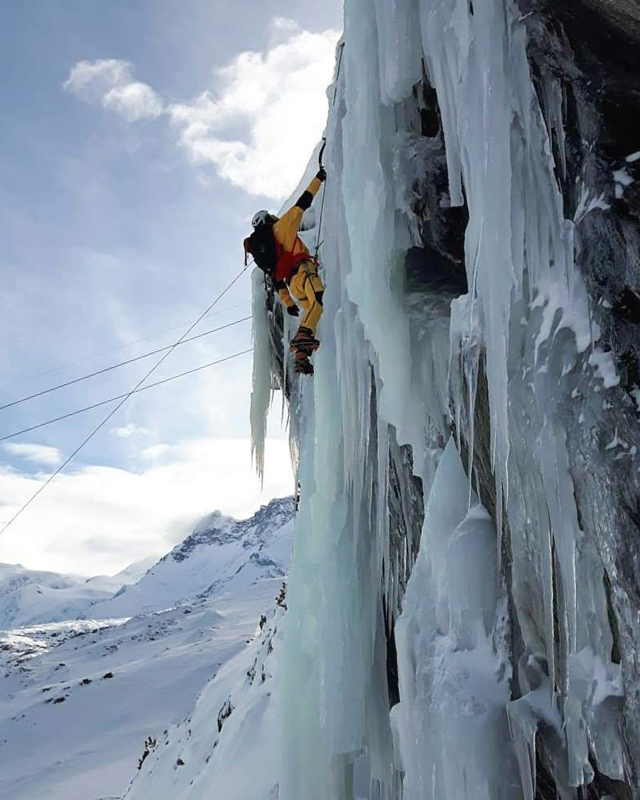 Back at the hotel bar we met up with the other guests to compare notes on different activities. Some had been off-piste skiing, some had been on via ferrata, some had been ski touring and others skiing on piste.  Everyone seemed happy with the breathability of their gear, but the weather was so good that its waterproofing had not really been put to the test.

On day 2 we woke up to yet another great early season day.  As the snow was so good for November James and I joined one of the skiing groups which was great fun and the snow was brilliant.  Once again, the clothing felt comfortable, but no precipitation meant the waterproofing was yet to be tested. 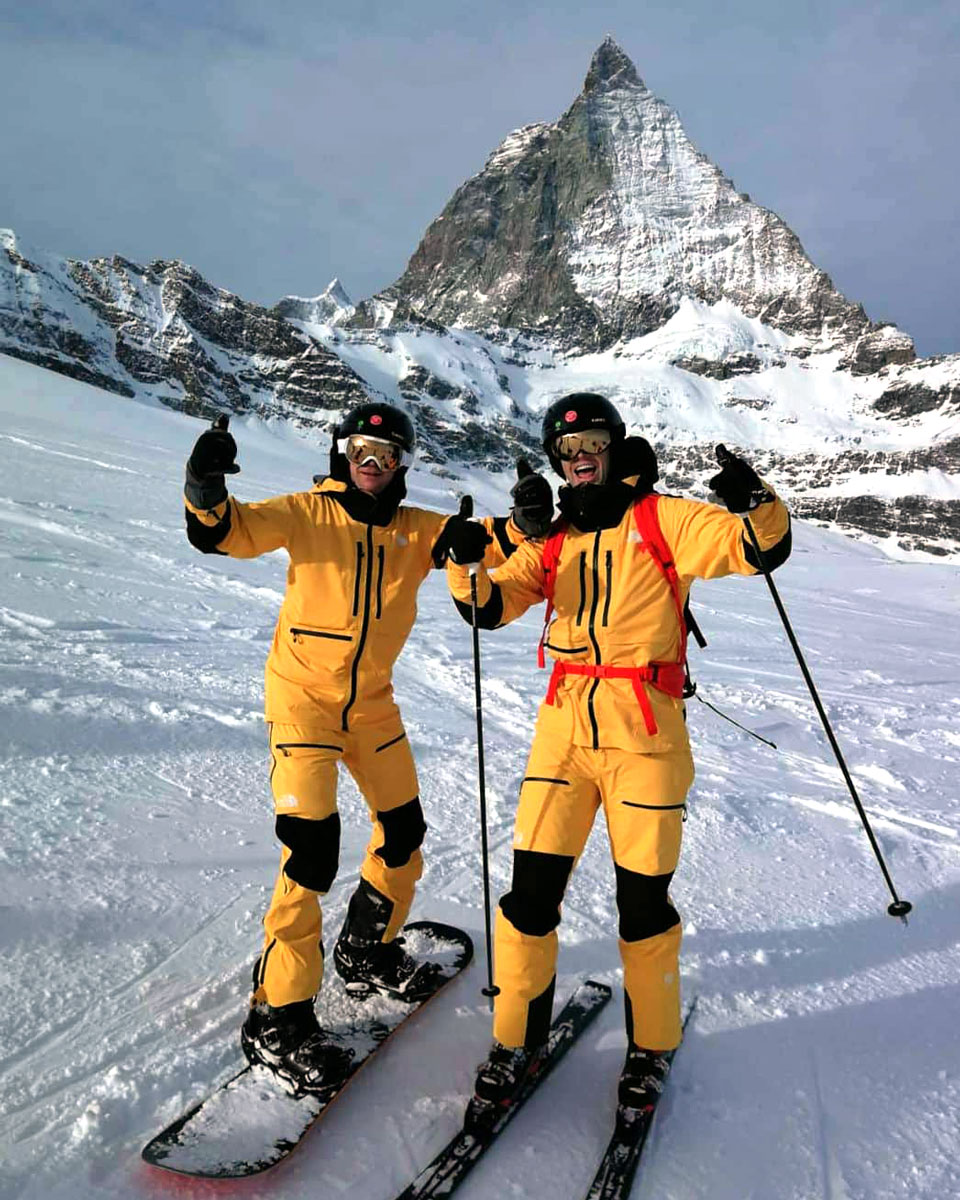 The whole trip really was a fantastic experience; our thanks again to everyone at the The North Face for hosting such a brilliant event.  We were treated like VIPs the whole time and felt privileged to be invited to come and test this new technology.

However, the real test of FutureLight fabric performance is yet to come, when we see how it performs in the varied British weather.

2 thoughts on “FutureLight: The North Face in Zermatt”