This entry was posted on 21st September 2020 by admin. 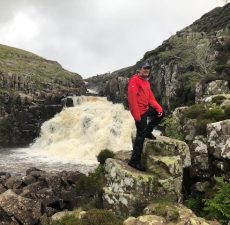 Earlier in 2020 I reported on my attempt to complete the Pennine Way for the second time, how the Covid-19 lockdown had thwarted me and how I had diverted the remaining miles to Sheffield parks.

Government rules have morphed somewhat since then and at the time of this adventure, you could drive anywhere but not stay overnight. I thought I would return to unfinished business.

The problem was that I had three full days of walking left to complete the whole route. Slightly confusingly, they were also not at the beginning or end. Because I had walked it this time out of sequence, they were pretty much in the middle. The solution was day hiking, driving to and from the sections we had yet to complete.

The first section began at Bowes near Bernard Castle, a beauty spot apparently favoured by some politicians, so it was even more important to adhere both to the actual rules and the spirit of them.

So, we drove from home to Bowes, parked the car and walked the next section of the Pennine Way to Middleton in Teesdale. There we bought and ate ice creams, turned around and walked back along the track of the disused Tees Valley Railway Path to the car (about 39kms) and drove home. It was a great day with hot feet. 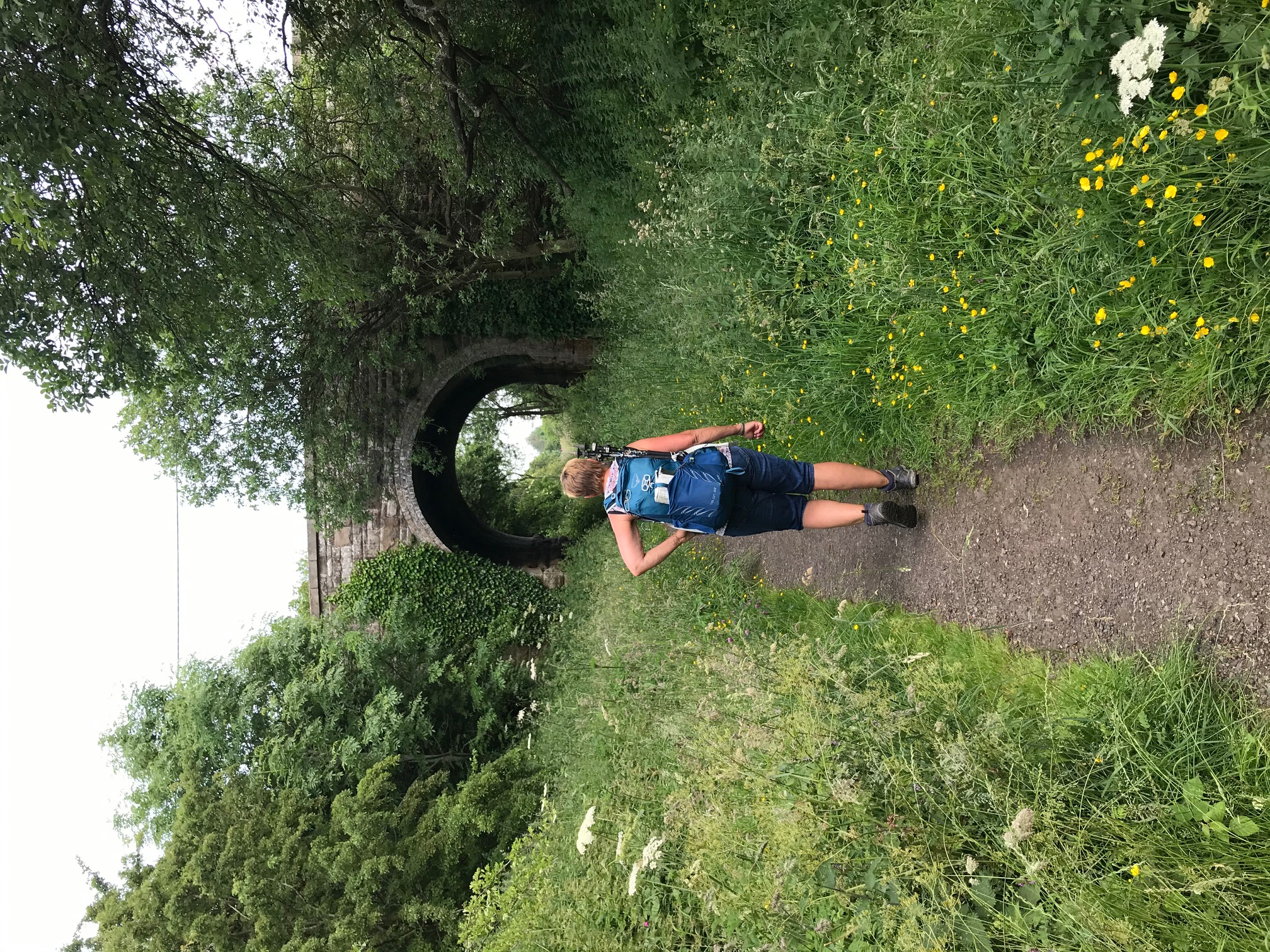 Walking back to Bowes on the former Tees Railway Path

The following week we drove from home to Middleton in Teesdale and walked what is probably one of the best sections of the whole walk, described by guidebook writer Alfred Wainwright as a "sylvan arcadia". It passes High Force, the biggest (not highest) waterfall in England, and the mighty Cauldron Snout rapids. Again, having walked our route mostly in the rain, we ate our sandwiches, turned and walked back to the car and drove home (48km). 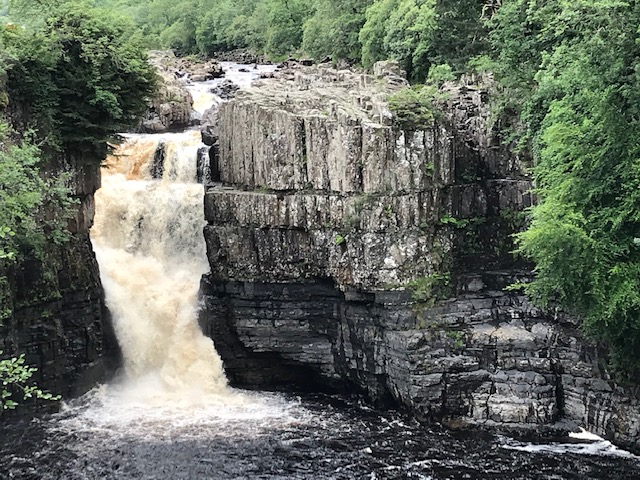 High Force on the River Tees - not the Zambezi 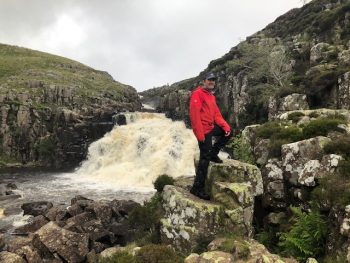 On the third and final outing of the adventure we did the route in reverse, as otherwise access would have been tricky. It was also a natural way to walk it. We drove from home to Dufton and hiked up the dramatic gorge of High Cup Nick. We crossed the high moors to our previous week's high point at Cauldron Snout, and once more turned and walked back to the car (32km) and drove home. 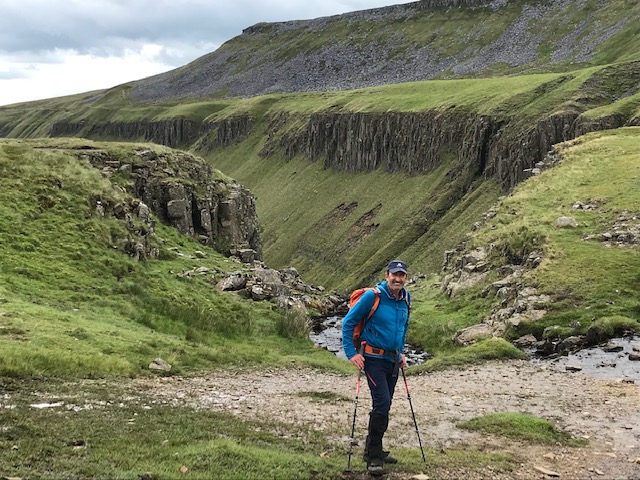 Yes, of course it was daft and if we had waited a few months we possibly could have booked youth hostels. But it felt really great to complete the project within the rules; and our day hiking approach had the added bonus of social distancing in kilometres rather than metres.