Carry On Up the Karakoram

This entry was posted on 9th November 2018 by Tom Richardson. 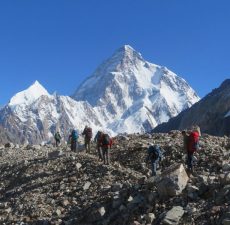 If you are of a certain age you might be thinking that this blog entry is based on the antics of Kenneth Williams, Sid James and Hattie Jacques in an innuendo laced romp in the mountains of North Wales. (The improvised Khyber Pass being famously filmed in Snowdonia for Carry on Up the Khyber.)

Its all about my ongoing passion for trekking and climbing in the most dramatic and beautiful mountains in the world.

I first visited the Karakoram in 1987 and have been an enthusiastic and frequent visitor ever since. In 2018 I did my 12th trip there.

Some people express concern about security in Pakistan. I can only respond with three observations. I have never had any issues; the Police and Army now monitor and patrol the roads and potentially vulnerable areas rigorously, BUT that risk can never be eliminated or totally anticipated. The Karakoram is definitely not for the faint-hearted, it is about adventure and not package tourism. 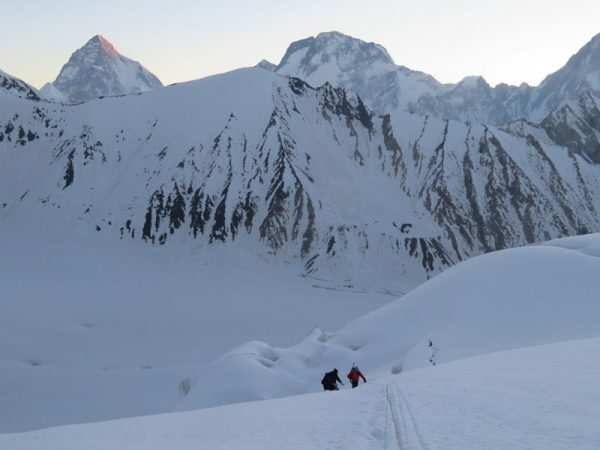 Group members approaching the top of the Gondogoro La behind Broad Peak.

Working for KE Adventure Travel I lead two groups on the same trek over the summer season. The plan for both was to fly in and out from the capital Islamabad to Skardu (Forget Kathmandu -Lukla. This is a big comfortable plane on one hour flight right over the top of Nanga Parbat!).

Drive on dramatic roads to the village of Askole and then trek up the enormous Baltoro Glacier to Concordia. From there we would visit K2 and Broad Peak Base Camps and then head up the Vigne Glacier, pass the Gashebrum Range and cross the Gondogoro La ( 5585m ) to Hushe.

This pass crossing is like climbing a small mountain. On the steep sections both up and down we use fixed ropes and move in crampons etc. We then descended into the beautiful green Hushe Valley passing Masherbrum and the amazing Laila Peak. 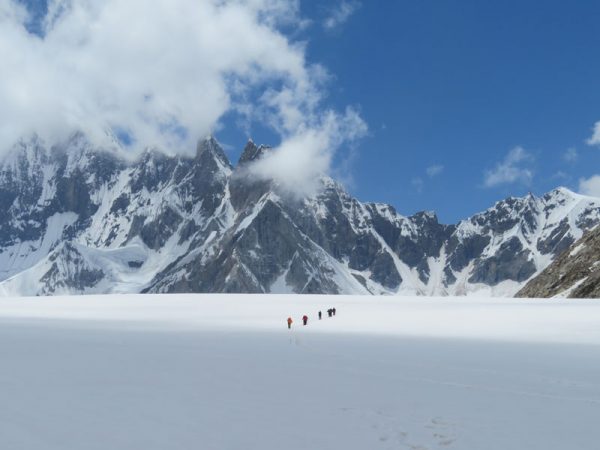 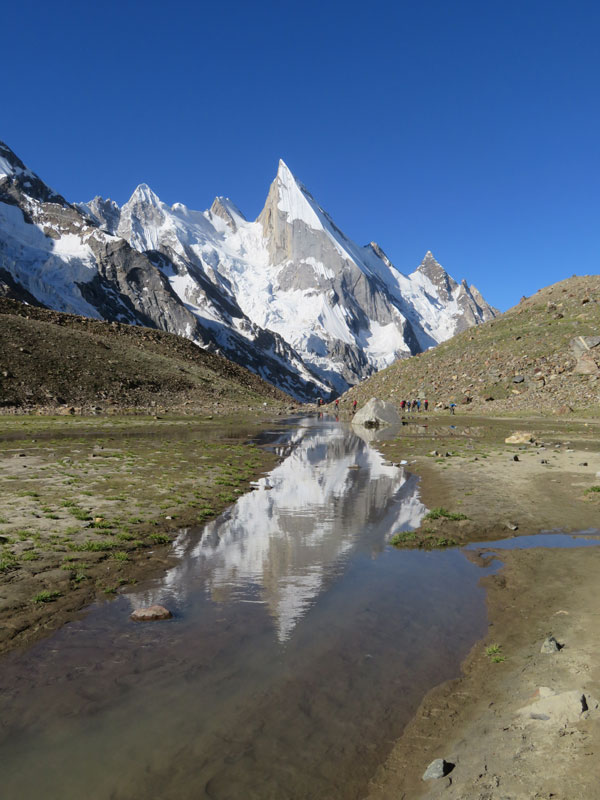 On the first trip the weather was not good. We reached K2 and Broad Peak Base Camps but we couldn’t cross the pass. Disappointed, on our return trek back down the Baltoro Glacier we met several groups coming up and although we didn’t say so, we had a pang of jealousy that they might get over it if the weather and snow conditions improved. In fact they didn’t. It got worse. Several groups turned back after only reaching Urdukas camp a few days along the trek towards Concordia because of heavy snow and avalanche risk. We felt slightly consoled that we got further than them.

On the second trip the weather was better and we reached Concordia, visited K2 and Broad Peak Base Camps and then went on to cross the Gondogoro La.On arrival at the first camp on the other side of the pass called Huisprang I could see the summit of one of the small nearby peaks. It was Gondogoro Peak. I remembered that it had been exactly 30 years before that I had first climbed it with my friend Joe Simpson. It was a modest achievement but his first summit after the Suila Grande epic that made him famous. 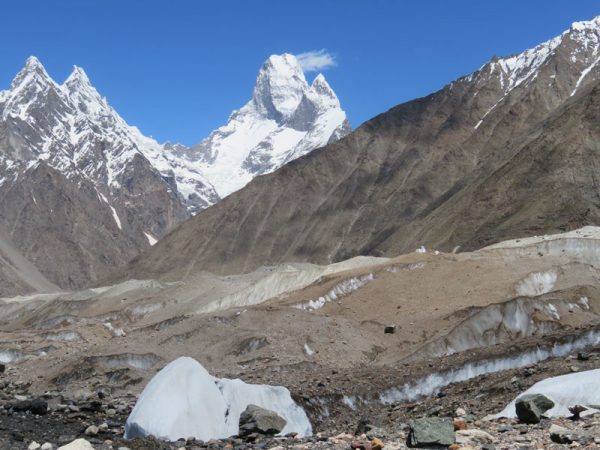 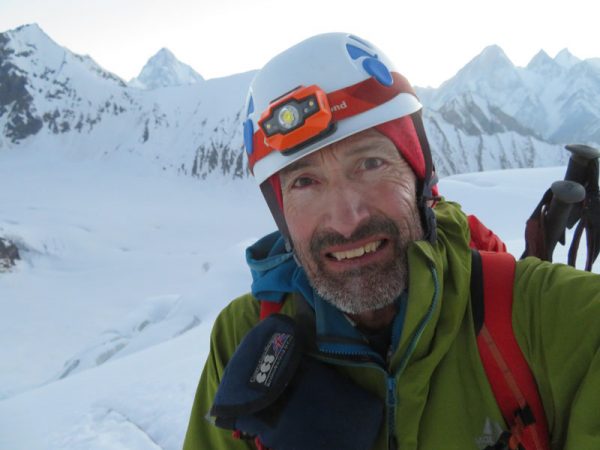 In 2019 I will be going back to trek again in the area, leading a group up Gondogoro Peak; making it my 13th and 14th trips carrying on up and down the Karakoram.